Stay Connected:
In a new report, Rob Andrews, of Houston-based executive search firm Allen Austin, speaks of the need for true leaders to guide us through these tough days, and the characteristics that will help them do it. Real leaders are “forged in crisis,” he says, and turns to some of history’s greatest individuals to hammer home his message. 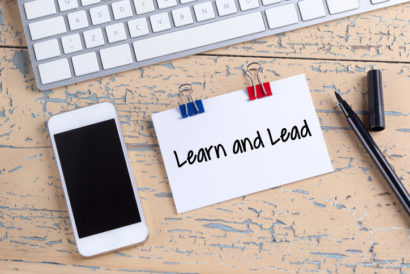 July 13, 2020 – In today’s challenging times, leadership is needed more than ever. “What we need right now is calm, steady leadership; not panic, hysteria, and rush to judgment,” says Rob Andrews, chairman and CEO of Houston-based executive search firm Allen Austin, in a new report. “We need our leaders to tell us we’re going to be OK, that this too will pass, and that we can emerge from our current crises better and stronger than ever. We need leaders who let us know what they expect of us.”

We are living through a global health crisis with no modern precedent, said Mr. Andrews, whose report expounds upon a recent article by Nancy Koehn in Harvard Business Review. “What governments, businesses, hospitals, schools and other organizations need right now are what the writer David Foster Wallace called ‘real leaders’ – people who ‘help us overcome our own individual laziness, selfishness and fear and get us to do better, harder things than we can get ourselves to do on our own,’” said Mr. Andrews.

Real leaders are not born; the ability to help others triumph over adversity is not written into their genetic code. They are instead, made. “They are forged in crisis,” said Mr. Andrews. “Leaders become ‘real’ when they practice a few key behaviors that gird and inspire people through difficult times. The good news is that we have models for this kind of leadership.”

In making his case, Mr. Andrews pointed to some of history’s most iconic leaders and how they behaved in the face of great uncertainty, danger and collective fear.

Decide to become a part of the solution and refuse to become mired in the problem, said Mr. Andrews. “Times of uncertainty and crises require leadership that keeps people focused on moving ahead and doing what is necessary to emerge victoriously,” he said. “Most of us know the famous lines of United States President Franklin Delano Roosevelt’s 1933 inaugural address in the midst of the Great Depression: ‘The only thing we have to fear is fear itself.’ He followed that by pointing to the nation’s strengths in meeting the crisis: ‘This is no unsolvable problem if we face it wisely and courageously. There are many ways in which it can be helped, but it can never be helped merely by talking about it. We must act and act quickly.’”

Less than a decade later, as the U.K. stared down Hitler’s onslaught during the Second World War, Prime Minister Winston Churchill encouraged his people to keep the faith: “We will not fail or falter; we shall not weaken or tire. Neither the shock of battle nor the long-drawn trials of vigilance and exertion will wear us down. Give us the tools, and we will finish the job.”

Said Mr. Andrews: “Your job as a leader of your own organization is to begin with you. One of the great leaders we’ve studied for the Total Performance Leadership architecture said something to me I’ll never forget: ‘Anytime there is something wrong with my organization, I reflect on what’s wrong with me. Am I painting the picture well enough? Is my leadership strong and clear? Am I leading with the right example? Am I measuring the right things? Am I rewarding the right behavior and correcting the wrong behavior? I’ve always got to be the one that sets the right example. My behavior sets the tone for the rest of my 7,500 employees.’”

Related: Leadership Development Pays Off in Times of Crisis

“Your job then is to provide both brutal honesty – a clear accounting of the challenges your locality, company, non-profit, or team faces – and credible hope that collectively you and your people have the resources needed to meet the threats you face each day: determination, solidarity, strength, shared purpose, humanity, kindness, and resilience,” said Mr. Andrews. “Recognize that most of your employees are anxious about their health, their finances and, in many cases, their jobs. Explain that you understand their fears, but that you can work together to weather the storm. That this too will pass.”

Give People a Role and a Purpose

Real leaders charge individuals to act in service of a broader purpose, said Mr. Andrews. They give people jobs to do and hold them accountable. “During the U.S. Civil War, President Abraham Lincoln exhorted and ordered men of northern states to fight; as the Civil Rights movement gathered momentum in the late 1950s and 1960s, Rev. Martin Luther King Jr asked his followers to sit in, march and protest racial discrimination.

Leading From the Front in a Pandemic
Since the start of the coronavirus outbreak, the operative word has been “unprecedented.” That’s true on a human tragedy level as well as for businesses. It’s no wonder that many leaders have found themselves in the same position as their employees—uncertain, confused, anxious.

A new report by Korn Ferry offered the firm’s best advice for keeping employees safe, maintaining your own and your organization’s agility and staying communicative. Korn Ferry experts said the crisis and the recovery require a special blend of skills. “It’s only natural: Senior leaders, always under intense pressure from investors, may default to looking at the financial damage the coronavirus is causing or could cause,” the report said. “There’s good reason to be concerned, especially since the bottom-line toll has already been so large.”

In his first inaugural address, FDR told his countrymen to keep their money in U.S. banks to avert a banking crisis. Later, his wife, Eleanor Roosevelt, encouraged American women to work in the nation’s factories, while their fathers, brothers, husbands, and sons went to battle in the Second World War. During the days that followed 911, when much of the country was paralyzed with fear, President George W. Bush, when asked what he expected of us, told his fellow Americans to ‘live your lives, go out and eat, shop in our stores, see our sights and support your fellow Americans.’”

Nearly 15 years after 9/11, one in five Americans cite the country’s response to the terrorist attacks of Sept. 11, 2001, as the time in their lives when they felt most proud of their country, according to a 2016 Pew Research Center poll. Overall, the survey found that the 9/11 attacks united Americans in a way few historical events have.

In the aftermath of the attacks, Americans rallied around George W. Bush, evidenced by his 86 percent approval rating shortly after the attacks, a rating only eclipsed by George H.W. Bush’s 89 percent approval following the Persian Gulf war in 1991.” Regardless of how we feel about the Bushes today, clearly their leadership resonated and unified a nation,” said Mr. Andrews. “We knew that we were in troubled times, but that we had a purpose and a job to do.”