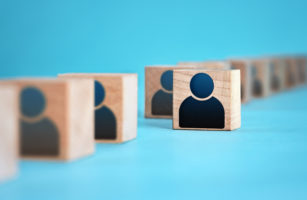 “We are delighted to welcome Anne to Beca,” said Greg Lowe, group CEO at Beca Group. “We are truly a people business. Our people and our culture are what make our company thrive, so this is a crucial leadership role. A strong strategic direction in our people and culture program is essential to support our business in the successful delivery of our long-term strategic plan and our shorter-term operational performance.”

“I’m really excited to be joining Beca, where it’s clear people are truly the heart of the business,” said Ms. Henry. “I look forward to working with Beca’s highly regarded people and culture team to continue to develop its impressive culture and talent pool.”

Beca is one of the largest employee-owned professional services consultancy firms in the Asia-Pacific. The company has more than 3,400 staff working across 20 offices around the globe, with headquarters located in Auckland, New Zealand. Beca was founded in 1920 by Arthur Gray on his return to New Zealand after World War I, where he purchased an engineering practice that would later become Gray and Watts, then Gray Watts & Beca and eventually Beca Group.

ManpowerGroup Names Chief People and Culture Officer
ManpowerGroup appointed former Molson Coors Brewing Co. veteran Michelle Nettles as chief people and culture officer. Ms. Nettles will join on July 29. She is chief people and diversity officer at Molson Coors, and a member of the executive leadership team responsible for strategy, talent optimization and culture. In her 20 years at the company,

“Michelle is an impressive people leader with extensive experience in global HR and a proven track record in driving a diverse and inclusive culture across multiple countries,” said Jonas Prising, chairman and CEO of ManpowerGroup. “Her vision of employees as consumers together with her passion to broaden and deepen people’s skills and drive strong leadership capability is a great fit for ManpowerGroup as we continue to digitize and transform our business.