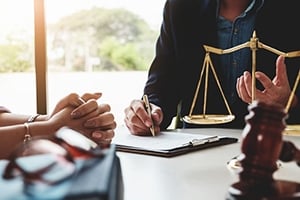 “Michael-Bryant has considerable previous experience as a general counsel, having advised companies on a range of domestic and international transactions, and has held in-house counsel positions of increasing responsibility within healthcare,” said Mr. Sachs. “He now oversees Elanco’s legal function, and through abundance of experience, brings a fresh perspective to the company.”

Mr. Hicks was previously general counsel at Mallinckrodt Pharmaceuticals, where he had executive responsibility for the legal function, including litigation, intellectual property, environmental, regulatory, mergers and acquisitions, and other general legal activities. Before that, he served as SVP, general counsel, chief compliance officer and corporate secretary of Providence Service Corp., a global provider of healthcare services. Prior to that, he served as assistant general counsel at DaVita Healthcare Partners Inc., a provider of dialysis services. Additionally, Mr. Hicks spent five years at Beckman Coulter, a provider of biomedical diagnostics instruments, where he was associate general counsel and head of legal support for the company’s Asia and Latin America operations. He also worked in the corporate law practices of Vinson & Elkins and Mayer, Brown, Rowe & Maw.

Melba Hughes and Ben Lawrence of the search firm’s in-house practice group in Atlanta and Charlotte, NC recruited Gail Sharps Myers as general counsel, chief compliance officer and secretary at American Tire Distributors in Charlotte. In her new role, Ms. Myers is responsible for implementing strategy, managing the legal team and outside counsel, and negotiation of business transactions.

“Gail brings a wealth of SEC, governance and strong public company experience, and possesses the operational and distribution background that will support ADT as the company continues its growth from a regional family-owned business to North America’s largest independent supplier of tires to the replacement tire market,” said Ms. Hughes.

Most recently, Ms. Myers served as SVP, general counsel and secretary for Snyder’s-Lance Inc. Prior to that, she was SVP, deputy general counsel, chief compliance counsel and assistant secretary at US Foods Inc. She began her career at Arnold & Porter Kaye Scholer in New York, and was also an associate at Loeb & Loeb in New York, and Blackwell Igbanugo in Washington, D.C.

American Tire Distributors is one of the largest independent suppliers of tires to the replacement tire market. It operates more than 140 distribution centers, 25 of which are in Canada, serving about 70,000 customers across the U.S. and Canada.

Mr. Sachs is a partner in the Chicago office of MLA. He specializes in placing attorneys at all levels – from junior counsel to general counsel – in corporate and university legal departments.

Ms. Hughes is a partner and is co-managing partner of the Atlanta office and leads the national consumer products team. Her consulting practice includes placements of strategic and organizational importance to corporate legal departments. She conducts senior leadership searches, including general counsel and other high potential legal and compliance positions.

Mr. Lawrence serves as managing director leading MLA’s in-house practice group in the firm’s Charlotte office. He is focused on general counsel, senior level attorney and compliance searches for a broad range of corporate clients across the South and Southeast.

A general counsel, chief counsel or chief legal officer is the chief lawyer of a legal department, usually in a company or a governmental department. In a business, the person holding the position typically reports directly to the CEO. Their duties involve overseeing and identifying the legal issues in all departments and their interrelation, including engineering, design, marketing, sales, distribution, credit, finance, human resources, production, as well as corporate governance and business policy.