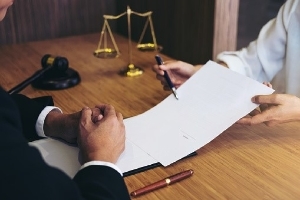 May 23, 2018 – The Calgary Airport Authority has tapped recruiting firm Pekarsky & Co. to lead its search for a new general counsel. Founding partner Adam Pekarsky is heading the assignment. Reporting to the authority’s vice president of finance and the CFO, the general counsel will be responsible for the delivery of internal services and managing the delivery of external legal services to the organization, said the search firm.

This is “a unique opportunity to be the organization’s first-ever general counsel, to help lead and build the legal function and cause a broad cross-section of stakeholders within the organization to soon ask, ‘What did we ever do before this person arrived?’” said Pekarsky & Co.

The Calgary Airport Authority is a not-for-profit, non-share capital corporation, incorporated under the Province of Alberta’s Regional Airports Authorities Act. Since 1992, the authority has been responsible for the operation, management and development of YYC Calgary International Airport and, since 1997, Springbank Airport, under a long-term lease from the Canadian government.

Mr. Pekarsky, who has been recruiting executives in Western Canada for over 17 years, is widely regarded as a top connected person in the Alberta legal community, although not as a lawyer. Prior to founding Pekarsky & Co. in 2009, Mr. Pekarsky was a client partner in the Calgary office of Korn Ferry, where he was a member of the firm’s global industrial markets energy sector, as well as the legal center of expertise.

Executive search firms have been called in to find new general counsel for various organizations in recent months. Here is a look at a few from the Hunt Scanlon news archives: