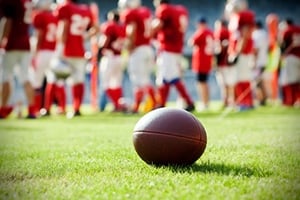 June 29, 2018 – Executive search specialist for the sports and entertainment market Pivot Management Partners (PMP) has expanded with the addition of Peter Roby as senior client partner to lead its recently launched collegiate sports practice. The practice will focus on searches for athletic directors, coaches and senior professional positions on behalf of universities and NCAA conferences.

“In everything he has done in his career, coach Roby has left an indelible stamp of integrity and done things the right way for the right reasons,” said Scott Gilly, PMP’s founder and CEO. “We are thrilled to count Peter among our senior leadership team.”

“Peter’s presence strengthens our ability to deliver real impact for clients in helping them define and pursue their diversity interests by focusing intently on their culture, a climate of honest discourse, and clear, results-oriented initiatives – something Peter has done at every institution he has been associated with in his career,” said Mr. Phillips.

Mr. Roby said he was excited about his new role and the colleagues he will be working with. “Today’s marketplace for the best talent is too competitive not to use the highest level professionals available,” he said. “The opportunity to help build upon the great work that Scott and Neil are doing, along with the rest of the team at Pivot, is a very special opportunity for me.”

“Mr. Roby’s mission-driven commitment to leadership development, equal opportunity, and maintaining the integrity of college sports are among the core values that motivate his work with PMP,” the firm said. “Having led one of the most diverse, respected and impactful careers in collegiate sports, Mr. Roby’s extensive relationships across the sports industry will benefit clients in PMP’s collegiate sports practice and beyond.”

Mr. Roby completed his 11-year tenure as athletic director at Northeastern University, as well as his five-year appointment to the 10-member NCAA Division 1 Men’s Basketball Committee responsible for selecting and seeding the men’s tournament field. In 2007, he was named one of the 100 Most Influential Sports Educators in America by the Institute of International Sport.

Previously, Mr. Roby served as head coach of the Harvard University men’s basketball program, vice president for U.S. marketing at Reebok, and director of Northeastern’s Center for Sport in Society. Earlier in his career, he was an assistant coach at Stanford University, Dartmouth College and the U.S. Military Academy at West Point. He currently serves on the Knight Commission on Intercollegiate Athletics, and continues to play a significant role in the NCAA Pathway Program.

Headquartered in New York, Pivot Management Partners is a retained executive search firm focused on the complete sports & entertainment ecosystem. It specializes in a secure and confidential search process, helping to shape the leadership teams of both established and emerging organizations in the world of sports & entertainment, including professional sports franchises and league offices, university athletic departments and NCAA conferences, as well as the growing array of agencies, brands, sponsors, and content, technology and media companies in the industry.

Mr. Gilly, who founded the firm in 2015, draws upon a deep network of extensive industry relationships, and more than 20 years of “front-line” experience as a labor-employment lawyer, trusted advisor, and senior executive. He works closely with clients to identify, acquire and onboard top-tier executives that fit the corporate culture and working environment they are joining.

Prior to founding PMP, Mr. Gilly built a labor-employment law practice, first at Morgan Lewis & Bockius and then as founding partner of his own law firm. He has two decades of training and advocacy experience advancing workplace diversity, inclusion and harassment prevention, as well as advising and counseling many high-profile senior executives and businesses, including professional sports leagues and media-entertainment companies.