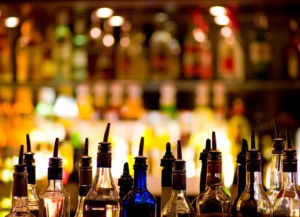 October 7, 2015 – Korn Ferry recruited Kraig R. Naasz as president and chief executive officer of the Distilled Spirits Council (DISCUS), which represents America’s leading distillers. He succeeds Dr. Peter H. Cressy, who led the company for the past 16 years. Nels Olson, vice chairman and co-leader for board and CEO services at Korn Ferry, led the search.

Mr. Naasz, who takes the helm effective January 1, is currently head of the American Frozen Food Institute (AFFI). He previously served as chief executive of the National Mining Association, The Fertilizer Institute and the U.S. Apple Association. Earlier in his career, he worked as a communications and legislative aide for several members of the U.S. Senate and U.S. House of Representatives.

“The board is delighted to welcome Kraig as the new leader of DISCUS,” said Gerry Ruvo, chairman of Campari America and chair of the DISCUS board of directors. “Kraig’s knowledge of the food and beverage marketplace, his extensive executive experience and professional network will help DISCUS advance its commercial, public policy and social responsibility agenda.”

DISCUS vice chair and Moёt Hennessy USA CEO Jim Clerkin, who led the extensive eight-month national search process on behalf of the DISCUS board of directors, said there were a number of solid candidates offered up during the search process. “Kraig’s proven public policy and communications expertise made him the right choice to build on the successful tenure of Peter Cressy.”

Over the past 20 years, Mr. Olson of Korn Ferry has completed more than 1,000 searches for a wide range of Fortune 500 companies. His executive search and board assignments span the U.S., Europe, Asia and Latin America, and cover multiple industries, including financial services, technology, consumer, industrial and healthcare. Recent CEO level assignments that he’s spearheaded include Sallie Mae, the Commissioner of the NFL, and the Federal Reserve Banks of New York and Boston.

Korn Ferry has recruited a number of chief executives since the summer for a diverse group of companies, including the Milwaukee Brewers, La Quinta, Toys “R” Us, and Newseum.