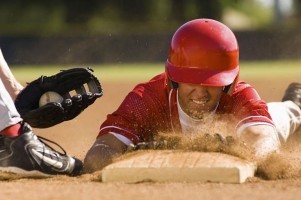 September 22, 2015 – Just over a month after being tapped by the Milwaukee Brewers to replace outgoing GM Bob Melvin, Korn Ferry has recruited David Stearns as the team’s new general manager.

At 30 years old, Mr. Stearns becomes the youngest active GM in the major leagues. Only Theo Epstein and Jon Daniels were younger when appointed to GM posts with the Boston Red Sox and Texas Rangers. Both were 28 at the time of their hiring. When the search was started last month, the Brewers indicated they were looking to prioritize younger candidates in touch with knowledge of modern baseball analytics. The recent trend in baseball with hiring GMs has been to go younger, preferably with an Ivy League background or something similar, and with that emphasis on the sport’s historical data and statistics.

Brewers’ owner Mark Attanasio indicated at the time that the search would include internal candidates as well as look across MLB for the best possible candidate, saying: “We’ve developed a list of potential candidates. The process needs to be exhaustive, so as a result there’s no timetable. Things could magically come together. We’re casting a wide net. We’ll be looking at internal candidates, we’ll be looking across baseball, and I even have a few names outside of baseball, out-of-the-box ideas.”

The search resulted in the hire of Mr. Stearns, a Harvard graduate, who has served as the assistant GM of the Houston Astros for the past three seasons. Before that he worked for the commissioner’s office from 2008 to 2011 and spent another two years as director of baseball operations for the Cleveland Indians.

“In our interview process, we focused on his experience. He’s got quite an impressive resume,” said Mr. Attanasio. “The fact that he was able achieve all that at a comparatively young age is … testament to his work ethic and his drive.”

According to Major League Baseball in the end there were ‘a handful’ of candidates who went through three-hour interviews with Mr. Attanasio, ownership advisory board member Eric Siegel, COO Rick Schlesinger and a representative from Korn Ferry. At the end of each session, Mr. Attanasio spent at least an hour one-on-one with each candidate.

The league hopes this effort will give minority and female candidates a better chance to land higher visibility positions. According to the annual Racial and Gender Report Card compiled by the University of Central Florida, Mike Hill of the Miami Marlins is the only person of color at the team president level. In other high-visibility positions there are only two non-white managers: Lloyd McClendon of the Seattle Mariners and Fredi Gonzalez of the Atlanta Braves. Five people of color serve as GMs. Across major league baseball there are 65 women in VP roles, representing just over 17 percent of the total positions. People of color hold 14 percent of VP positions.

Korn Ferry’s sports practice is led by Jed Hughes, who has distinguished himself as an expert in identifying, assessing, and developing leaders. His relationships within sports and intercollegiate athletics are extensive, having spent 20 years coaching in professional and intercollegiate football and working for five Hall of Fame coaches.

Executive Recruiters Continue Their Expansion Into the Sports Industry