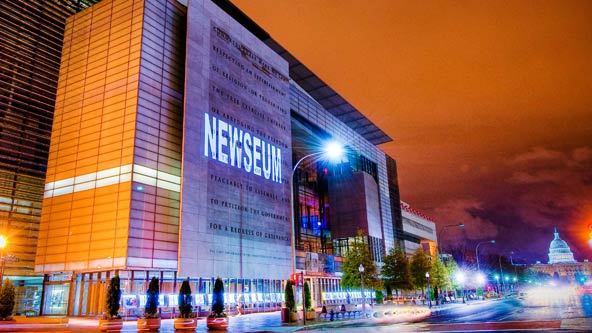 July 13, 2015 – Korn Ferry has recruited Jeffrey Herbst as president and chief executive officer of the Newseum and the Newseum Institute. Kristin Mannion, vice chairman of Korn Ferry’s CEO and board practice, and Charles Ingersoll, senior client partner and co-leader of the firm’s non-profit search practice, led the assignment.

Mr. Herbst is the outgoing president of Colgate University and a noted political scientist and award-winning author. During his five years at Colgate, he helped complete a $480 million fundraising campaign, including $54 million for financial aid that was above the initial goal. He formerly served as provost and executive vice president for academic affairs at Miami University in Ohio before becoming Colgate’s president in 2010. Prior to that, he was chairman of the department of politics at Princeton University.

In a joint statement, Jan Neuharth, chair and CEO of the Freedom Forum, and Peter S. Prichard, who has been chairman and CEO of the Newseum and the Newseum Institute since last October, said: “We considered more than 300 candidates. The pool was exceptionally well-qualified, but Jeffrey stood above all of the others because of his outstanding record of leading complex institutions and his deep experience in fundraising. And he shares a passion for our mission — to champion First Amendment freedoms and the right of free expression.”

Korn Ferry’s Washington D.C. office focuses on searches for non-profit institutions. For over a decade, Ms. Mannion has led and conducted hundreds of executive search assignments for philanthropic and corporate clients across the U.S. and abroad. Mr. Ingersoll’s clients in the public sector have included Amtrak, the U.S. Securities and Exchange Commission, FDA, U.S. Department of Transportation, PBGC, Transportation Security Administration, FDIC, Federal Election Commission, Federal Reserve Board of Governors, Virginia Department of Transportation and the U.S. House of Representatives.

The Newseum’s mission is to champion the five freedoms of the First Amendment through exhibits, public programs and education. Established and supported in part by the Freedom Forum, the Newseum is a public charity funded by generous individuals, corporations and foundations.

Korn Ferry, based in Los Angeles and with a presence throughout the Americas, Asia Pacific, Europe, the Middle East and Africa, is a global provider of talent management solutions.