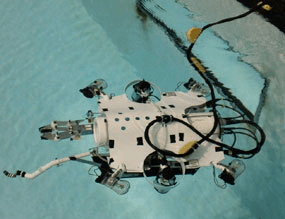 September 9, 2016 – Executive search firm JDG Associates Ltd. has placed Kevin Traver as executive director of the Marine Technology Society (MTS). Principal Paul Belford led the search. Mr. Traver will lead MTS in its mission to promote awareness, understanding, advancement and application of marine technology. He will report to the board of directors, primarily through the MTS president, apprising the board on matters critical to member interests, the organization and the fulfillment of its mission.

MTS sought a leader with association experience, particularly someone with a technical professional society. Leadership qualities that demonstrated success at increasing membership were also essential attributes MTS ranked high in its search criteria.

Mr. Traver has extensive experience in association and non-profit management. He joins MTS from the Navy League of the United States, where as vice president for corporate affairs he expanded programs, partnerships and campaigns by developing strong relationships with key decision makers in the business community as well as the Navy, Coast Guard, Marine Corps, Maritime Administration and Merchant Marines.

Prior to that, he worked for the U.S. Chamber of Commerce, led the National Maritime Heritage Foundation as executive director, and served in the United States Marine Corps.

“Our motto is ‘opportunity runs deep’ and with Kevin at the helm we believe this to be true for our organization. Kevin will lead the way in building our relationships in Washington and around the world,” said Ray Toll, president of the MTS board of directors. “He brings the leadership, experience, and drive that MTS needs to move us forward as the premiere global maritime technology organization.”

Founded in 1963, MTS is a multidisciplinary organization with approximately 3,500 individual and organizational members. MTS provides scholarships to students studying marine science and ocean engineering in addition to other educational opportunities.

JDG Associates has been serving the executive recruitment needs of Fortune 1000 corporations, associations and non-profits, federal, state and local governments, research and consulting firms, and defense contractors since 1973.

Mr. Belford has completed nearly 300 association searches, mostly at the CEO level. His clients have ranged in size from regional and state groups with staffs of 10 or fewer to national organizations with budgets of up to $75 million. He has worked with trade associations and professional societies from a wide range of service areas, including heavy industry, information technology, finance, healthcare, engineering, government relations, communications, finance, and administration.