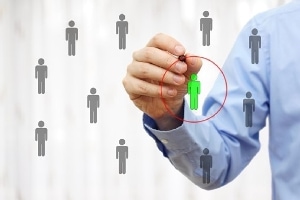 Rick Ausick, who became president in 2009, is retiring this year as part of a planned succession. He will remain actively involved in day-to-day operations during the transition.

“Molly brings to us a wealth of retail and product experience that resulted in consistent growth during her tenure at Disney,” said Diane Sullivan, CEO, president and chairman of Caleres, the parent company of Famous Footwear. “She was successful in integrating and aligning teams across two critical areas of business, and in leading strategy, financial planning and product development and merchandise assortments across the business, all while maintaining that incredible Disney brand integrity everyone aspires to. Her leadership, pace and vision will be invaluable to our Famous Footwear business, and her passion around the consumer experience will come to life in our stores and through our dedicated team of associates.”

Before that, she worked for private equity-owned and smaller companies in retail and entertainment. Ms. Adams spent eight years at Anchor Blue Retail Group as a senior vice president and general merchandise manager and divisional merchandise manager. She also served as president of Stony Apparel Corporation, a designer and manufacturer of juniors’ and children’s fashion apparel. Ms. Adams also held a variety of retail positions early in her career including merchandising, buying, sales and management positions at major department stores and specialty retail stores.

“What drew me to Famous Footwear and Caleres was the opportunity to be involved in a fast-paced and evolving business grounded in tradition and values,” said Ms. Adams. “I grew up in retail and love the idea of building world-class brands with strong emotional consumer connections.”

Famous Footwear is a nationwide chain of retail stores that sell branded footwear, generally at prices discounted from manufacturer’s suggested prices. The chain maintains over 1,125 storefronts.

Founded in 1987, Kirk Palmer Associates is made up of retail and fashion industry veterans. The firm’s partners have placed more than 1,000 CEOs, presidents, vice presidents and other senior executives at over 200 retail and wholesale companies across all channels, sectors and functional areas.

Retailers are facing major shifts in their businesses that call for “unprecedented responses” by CEOs who can effectively lead through change, intuitively and analytically understand the evolving consumer and respond to ambiguity, according to Korn Ferry. Developed markets, excess retail capacity, rising prices, the shift to omni-channel retail and the unpredictable pace of change in consumer shopping habits all affect the type of leader retailers now need.

CarterBaldwin Recruits CEO for Elite Sportswear
CarterBaldwin Executive Search has placed Girisha Chandraraj as president and chief executive officer of Elite Sportswear, a sport specialty apparel brand. He succeeds Dan Casciano who stepped down but remains on the company’s board of directors.

Transformational chief executives are regarded as innovative leaders with a world view. And they are clearly in high demand. Herbert Mines Associates, a recruitment firm that specializes in the retail and consumer areas, recently reported that 31 percent of incoming retail CEOs consider international expansion a key strategic priority, making that global mindset a competitive differentiator. Many of the search firm’s short lists now include executives with this background.

In recent years, 47 percent of public retail companies with revenues exceeding $1 billion underwent a chief executive change (up from 34 percent during the previous three years). During the past 10 years, 71 percent of retail companies have experienced a switch in CEO. That’s good news for recruiters mining the space for search work.

Check Out These Related Articles On Leadership Succession: