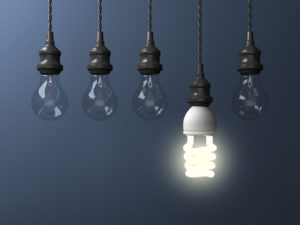 January 13, 2020 – Kennedy Executive Search, a network of independent executive search firms, has elected Caroline Frisenberg as new president and Markus Unterberger as vice president. Founder of the network Jorg Stegemann and Carl Lens will step down as president and vice president, respectively. The election is the result of the network’s recent transformation into an economic interest group. In the new structure, all partners become equal stakeholders and together elect the leadership.

Ms. Frisenberg heads Frisenberg J. Associates / Kennedy Executive Monaco and has been a partner in the Kennedy network for almost four years. She has seen the network grow from its early start to the global organization it is today. Over the years, she has teamed up with partners in a variety of cross-border projects and assignments.

Mr. Unterberger, owner of Unterberger & Partner / Kennedy Frankfurt, Munich, Salzburg and Zurich, joined the network in 2019, and has quickly demonstrated a clear and strong vision for the network and also participated in a number of global collaborations.

Together, Ms. Frisenberg and Mr. Unterberger are looking to prepare Kennedy for the new decade. They plan to streamline how the network operates and improve both its agility and transparency to secure easy access to information, expertise and best practices. They also want to strengthen Kennedy’s significance and value for clients interested in gaining access to global executive search services respecting the highest industry standards and the Kennedy Partner firms alike. Among these values is a major focus on customer-centricity. One example, the firm said, is its “quick and flexible way of fulfilling customer needs and adapting to rapidly changing challenges in various markets. This is something that only small boutique firms united in a global network are able to deliver. Moreover, they want to continue to enhance brand recognition with candidates and clients alike by attending fairs, trade shows and other events.”

“For both Markus and myself, being a partner in the Kennedy Network has resulted in numerous opportunities for professional as well as personal growth,” said Ms. Frisenberg. “We can’t thank Jorg enough for creating the network and bringing us all together. We are thrilled to take on this role and hope to bring in even more success for the Kennedy network in 2020.”

Recruiter Rankings: Global 30
This year Hunt Scanlon Media reviewed an exhaustive list of global recruiting providers and culled it down to the top 30 global talent providers that now dominate the recruiting business worldwide.

“Kennedy has seen significant growth and change since its foundation in 2013,” said Mr. Stegemann. “We went from local to global. We transformed the French legal entity to a Belgium headquartered consortium. We have gained new partners and are larger and more cohesive in than ever. It is with pride and gratitude for what we have achieved so far that I hand over the presidency to Caroline who has shown ethics, leadership and commitment since she joined Kennedy,” he said. “She is the right president to lead Kennedy for the next term and I am excited to be working with her as I am, and always was, with the entire team.”

Kennedy Executive Search offers “360 talent management,” as the firm calls it – from executive search to coaching during a placement’s integration period, and a host of other talent and leadership consulting services. With Unterberger & Partner joining, the network now has offices in Austria, Czech Republic, Denmark, France, Germany, Hungary, Italy, Monaco, Switzerland, the Netherlands and the U.S.

In December, Kennedy Executive Search added Adrian & Roth Personalberatung as a member firm.  Adrian & Roth was founded in 2002. The firm has more than 20 years of experience in executive search in a variety of hi-tech industries such as semiconductor, electronics, software, telecommunication and more. The firm bears the name of its two founders, Florian Roth and Jürgen Adrian.

The organization also expanded into Washington, D.C. with the addition of TH Bender as a member firm. TH Bender has completed over 300 search assignments, 90 percent commissioned by companies outside of the U.S., including dozens for country managers guiding the North American operations of European and Asian corporations. The firm focuses on the recruiting needs of non-American companies across the high tech, industrial, financial, life sciences, energy and automotive industries. Tilman Bender, who still leads many of its search assignments, founded the company in 2005.