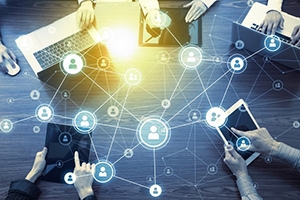 TH Bender focuses on the executive search needs that foreign companies have in the U.S. and Canada. The firm has completed over 300 search assignments, 90 percent commissioned by companies outside of the U.S., including dozens for country managers guiding the North American operations of European and Asian corporations. The firm focuses on the recruiting needs of non-American companies across the high-tech, industrial, financial, life-sciences, energy and automotive industries. TH Bender also serves the renewable industry working with American, European and Chinese companies. Tilman Bender, who still leads many of its search assignments, founded the company in 2005.

“European companies tend to focus on the East Coast where the issue of time differences is less prevalent in Washington, D.C., than in Denver, where we already have a U.S. partner office,” said Jorg Stegemann, CEO and founder of Kennedy. “Adding to this, the very obvious international experience Tilman and his team offer sparked our interest even more. As a global network, we need a physical presence in all parts of the world but also international and diverse culturally-specific expertise to offer a true and seamless service to our clients.”

Mr. Bender said his firm has always worked across international borders and helped companies to successfully navigate the North American market. “Over the last decade we realized how similar the business issues of all global companies active in North America are,” he said. “We feel that with Kennedy we can accelerate our international footprint beyond our core German-language market. In today’s global society we see an increase of demand for global executive search on a high level.”

“Partnering with Kennedy opens up more doors on the European continent, where many partners are located or focused on,” said Mr. Bender. “Secondly, we hope that Kennedy’s continued global expansion will allow us to connect with non-European companies to expand on our successful track record helping non-European companies built up significant businesses in the U.S. But it will also allow us to learn from the knowledge and expertise of the other partners and gives us a chance to share best practices. This in turn will benefit the level of service we can all provide to our clients – both foreign and domestic.”

Mr. Stegemann said that when looking for new offices to join the network, Kennedy tries to meet as many as possible from a list of criteria. “We look for a minimum of 10 years experience in executive search for instance,” he said. “Tilman can look back on 21 years in executive search alone, so the firm ticks that box more than well. But when it comes to that other important criterion, an international footprint, we strive to look for more than just experience with international clients.”

A true global mindset often stems from a person’s character rather than the company’s experience, said Mr. Stegemann. “Tilman was born in Germany, grew up in Canada, worked in Hong Kong and the U.S., and is a true global citizen,” said Mr. Stegemann. “This is reflected in his professional career, his education, as well as his character. With that, he also meets one of the other important criteria: He fits in with the team.”

Recruiter Rankings: Global 25
This year Hunt Scanlon Media reviewed an exhaustive list of global recruiting providers and culled it down to the top 25 global talent providers that now dominate the recruiting business worldwide.

Kennedy Executive Search offers “360 talent management” as the firm calls it – from executive search to coaching during a placement’s integration period, and a host of other talent and leadership consulting services. The firm serves clients across Europe and North America, with offices in Amsterdam, Copenhagen, Denver, Frankfurt, London, Milan, Paris and Prague.

Recently, Kennedy appointed Louise Royer as marketing director. She is responsible for building and executing marketing strategies to support the growth of the network. She will also be in charge of brand development strategies. Ms. Royer will assume her responsibilities immediately.

This spring, Kennedy named Carl Lens as managing director EMEA. Mr. Lens is co-founder and owner of Kennedy’s Dutch partner office, Lens, Executive Search based in Amsterdam. Before founding his firm, he was global head of healthcare for London-based recruitment firm Nicholson. Prior to his latest appointment, Mr. Lens was managing director for Europe for the network.

In March, Kennedy expanded into South Africa with the addition of Evolve Executive Search in Johannesburg. This became Kennedy’s first African partner for the network. Evolve was founded in 2011 and is headed by Adam Ginster. The firm executes high-end search assignments throughout South Africa and more than 20 countries in sub-Saharan Africa. Its clients include those in mining, metals, oil & petroleum, infrastructure, energy, construction and industrial services, as well as financial services and TMT (Technology, Media and Telecoms).