Stay Connected:
The economy is still creating jobs at a reasonable pace. In fact, companies seem to be hiring with abandon as we enter an unprecedented 11th year of expansion. Let’s take a look into the just released jobs report as leading search consultants from BridgeStreet Partners and The Christopher Group weigh in! 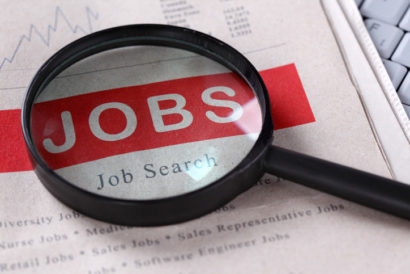 January 10, 2020 – Employers added 145,000 jobs last month as the U.S. unemployment rate remained unchanged at 3.5 percent, according to the most recent U.S. Bureau of Labor Statistics report. The increase was below the 164,000 forecast by economists. The December gain is the 111th consecutive month of job growth. The number of unemployed currently stands at 6.3 million. In 2019, the unemployment rate in particular hit lows not seen 50 years.

“I think 2019 was a year of consolidation,” Mr. Daco said. “We had relatively strong and steady job growth over the year despite a number of headwinds including a trade war with China, weaker global activity and heightened policy uncertainty.”

Recession, Talent Shortages Top Concerns Among CEOs for 2020
A new survey reveals that the world’s chief executives view the risk of a recession as their biggest external concern in 2020. Attracting and retaining talent ranks as their top internal concern. They also feel unsettled by trade uncertainty, political instability and more intense competition from disruptive technologies. They plan to counter such forces, however, by developing more innovative cultures and setting up new business models.

U.S. employers expect the hiring pace to remain steady into the first 90 days of 2020 though regional and industry forecasts are mixed, according to the latest “Employment Outlook Survey,” released by ManpowerGroup. Employers in all U.S. regions and industry sectors said they were expecting headcount to grow. This is the eighth consecutive year of double-digit hiring outlooks in the U.S., according to the survey of more than 11,500 U.S. employers.

“Continued concerns over trade uncertainty are leading to some uneven market conditions in the U.S., yet the overall labor market looks resilient heading into the new year,” said Becky Frankiewicz, president of ManpowerGroup North America. “With seven million jobs open for 11 straight months and ongoing positive hiring intentions across all industries, employers need to work harder to match people to the right roles.”

“The consistently low unemployment rate has clearly made it a buyers’ market and given senior executives options not available in the past,” said Dave Westberry, managing director at BridgeStreet Partners. “However, companies seeking to add senior talent need to have a position clearly defined, their hiring process streamlined, and be ready to make a decision.  The old saying “he who hesitates loses” has never been truer.

“Our clients, top HR and staffing departments across the U.S., are reporting significant talent needs across all job families,” said Tom Christopher, founder and CEO of The Christopher Group. “We expect 2020 to be a robust hiring year as more and more clients report growing talent shortages.”

“2019 was marked by steady gains in job creation, and today’s numbers indicate that the labor market has entered 2020 with strength,” said Rebecca Henderson, CEO Randstad global businesses. “If organizations want to sustain this growth throughout 2020, they must prioritize reskilling their workforce to keep pace with the digital transformation.”

“Automation, AI and technological advancements have shifted how businesses operate and are redefining what skills are most important for talent to possess,” she said. “Human capital leaders must make a concerted effort across their entire organization to implement reskilling programs that help talent become more agile and analytical in order to best prepare workers for the demands of today and tomorrow.”