Menu
View our Events
Stay Connected:
The unemployment rate fell to 4.2 percent as the U.S. lost jobs for the first time in seven years. Job growth continued to climb, but fell short of expectations. Recent hurricanes in the U.S. did not help matters. Let’s go inside the latest jobs report and gain recruiter’s perspectives. 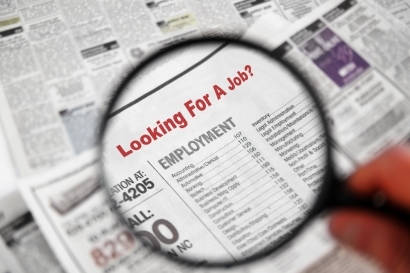 October 10, 2017 – For the first time in seven years employers lost 33,000 jobs last month, but the U.S. unemployment rate still fell to 4.2 percent, according to the most recent U.S. Bureau of Labor Statistics report. During September, the number of workers unemployed declined by 331,000 to 6.8 million. Economists had forecast that payrolls would increase by 80,000 jobs last month and that the unemployment rate would stand at 4.4 percent.

A sharp employment decline in food services and drinking places and below-trend growth in some other industries likely reflected the impact of Hurricanes Irma and Harvey.

“The numbers were certainly blown around a lot by the storms,” said Carl Tannenbaum, chief economist for Northern Trust. “As winds calm my guess is employment figures will stabilize.”

Gus Faucher, chief economist at PNC Financial Services Group was quoted as saying that the job numbers will almost certainly rebound. “I don’t think this is indicative of problems in the labor market – it’s because of the hurricanes,” he said. “Excluding effects of the storms, “the economy is in decent shape, the labor market continues to improve, and we’ll bounce back to job growth in the final three months of 2017.”

U.S. Employers Expect More Hiring for Remainder of 2017
A record number of hiring managers in the U.S. anticipate bringing aboard more employees in the next six months, according to the semi-annual hiring survey from DHI Group, an online career resource and talent acquisition platform for technology professionals and other select professional communities.

One area likely to continue to show promise for job seekers well into the future is cybersecurity. Data from CyberSN, a Boston-based staffing and recruitment firm, shows that vacant cybersecurity jobs remain open for an average of six months before a company engages a search firm or staffing agency.

Meanwhile, the cybersecurity industry is short millions of professionals, said CyberSN founder and CEO Deidre Diamond. A recent report from Booz Allen Hamilton, a consulting and services firm, and the Center for Cyber Safety and Education forecasts “a worldwide shortfall of 1.8 million cybersecurity workers by 2022, an increase of 20 percent from the group’s previous shortfall prediction made in 2015.”

Additionally, more than 80 percent of the cybersecurity positions surveyed by CyberSN were hired at a salary higher than the initial salary budget, said Ms. Diamond. “This tells us that despite overall job losses, cyber security jobs are still growing, cyber salaries are on the rise and organizations are trying to fill these positions themselves,” she said. “All of this equals major risk.”

When compared with the third quarter of 2017, employers report slightly stronger hiring prospects in four industry sectors nationwide: Construction, leisure & hospitality, other services and professional & business services. For two of these sectors – other services and professional & business services – hiring intentions are stronger than at any point since they were first analyzed nine years ago. In addition, employers in durable goods manufacturing reporting the strongest intentions in the past 10 years.