Menu
View our Events
Stay Connected:
Employers expect the pace of hiring to remain positive in Q4, with one in five employers planning to add staff, according to the upcoming ManpowerGroup’s Employment Outlook Report. Leading executive recruiters join Hunt Scanlon this week to share their outlooks for the remainder of the year. 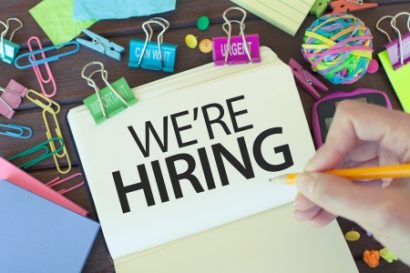 September 12, 2017 – U.S. employers expect hiring to pick up in the final quarter of 2017, with 21 percent planning to add staff between September and December. According to the latest ‘Employment Outlook Survey,’ released today by ManpowerGroup, employers in all U.S. regions and industry sectors expect headcount to grow. The upbeat forecast indicates that the uncertain political climate continues to have little effect on employer confidence.

Taking seasonal variations into account, the net employment outlook for Q4 2017 is +17 percent. This marks the 13th consecutive quarter with an outlook of +15 percent or stronger. Nationwide hiring prospects are unchanged from last quarter and relatively stable when compared to one year ago.

Of the more than 11,500 U.S. employers surveyed, 71 percent expect to maintain their headcounts, just six percent expect workforce reductions and two percent are unsure. Employers across all sectors report favorable hiring intentions, with those in durable goods manufacturing reporting the strongest intentions in the past 10 years.

When compared with the third quarter of 2017, employers report slightly stronger hiring prospects in four industry sectors nationwide: Construction, leisure & hospitality, other services and professional & business services. For two of these sectors – other services and professional & business services – hiring intentions are stronger than at any point since they were first analyzed nine years ago.

The net employment outlook for the durable goods manufacturing sector in the coming quarter is the strongest reported in 10 years. Nationally, employers report moderately weaker hiring intentions in the mining sector when compared with the previous quarter. In two nationwide industry sectors – financial activities and transportation & utilities–hiring prospects are slightly weaker.

Employers in all four regions in the U.S. have a positive outlook for their Q4 2017 hiring plans. When compared with the previous quarter, hiring intentions increase by four percentage points in the Northeast and are relatively stable in three regions. Compared with this time one year ago, hiring prospects are slightly stronger in the Northeast and remain relatively stable in the other three regions, with employers in the South and Midwest reporting no change year-over-year and employers in the West reporting a decrease of one percentage point.

ManpowerGroup interviewed over 59,000 employers across 43 countries and territories to forecast labor market activity in the fourth quarter. All participants were asked, ‘How do you anticipate total employment at your location to change in the three months to the end of December 2017 as compared to the current quarter?’

Employers in Costa Rica and the U.S. report the strongest fourth-quarter hiring plans. The weakest hiring climate is expected in Brazil, but employers there report subdued, but positive, hiring plans for the second consecutive quarter following more than two years of negative forecasts.

Payroll growth is forecast in each of the eight Asia Pacific countries and territories, with hiring prospects improving from three months ago in five, declining in two and remaining unchanged in one. When compared to Q4 2016, forecasts strengthen in four countries and territories, decline in three and are unchanged in one. Employers in Japan and Taiwan report the strongest job prospects while the weakest forecast is reported in China.

Across the 25 countries in the Europe, Middle East and Africa (EMEA) region, employers expect some job growth in 24 countries, with only Swiss employers expecting a flat hiring environment. Hiring intentions strengthen in 13 countries when compared with the third quarter, weaken in nine, and are unchanged in three. In the year-over-year comparison employers in 15 countries report stronger forecasts, those in eight expect the hiring pace to slow, while forecasts in two countries remain unchanged. For the second consecutive quarter employers in Hungary report the EMEA region’s strongest forecast. Swiss employers report the weakest Q4 hiring plans.

“Traditionally, the fourth quarter is a challenging one for the executive search industry since hiring often slows down as companies make a last push to meet their numbers for the year,” said Kevin Morgan, partner at executive search firm Claddagh Resources. “However, this year we are anticipating stronger performance following a sluggish third quarter. Many companies, particularly in the professional services industry, faced uncertainties regarding immigration policies and the impact on the visa process. While uncertainty still remains, many companies have decided to pick back up and move forward with their hiring plans previously on track for the third quarter.”