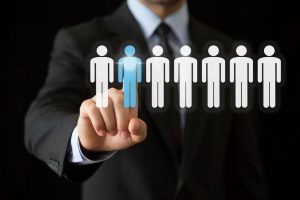 May 24, 2016 – Spencer Stuart has landed Jill Bourne to fill the president position at the Boston Public Library (BPL). Interim library president David Leonard had also been a final candidate along with Andrea Sáenz, first deputy commissioner for the Chicago Public Library, who withdrew from the interview process for personal reasons.

Spencer Stuart contacted and reviewed approximately 215 individuals for the position, presenting 30 qualified prospects to the BPL presidential search committee for evaluation. Of these, 25 candidates were approached by the BPL presidential search committee, and seven had face-to-face interviews, narrowing down the field to the last three finalist candidates.

Ms. Bourne was appointed City Librarian for the San José Public Library in 2013, a system that includes 23 branch libraries and the Dr. Martin Luther King Jr. Library, operated in partnership with San José State University. Her first post in California was as Deputy City Librarian in San Francisco, which she held from 2006 to 2013. She began her professional career at the Seattle Public Library where she held several positions over nine years, including children’s librarian, youth materials selector, head of the Central Library, and assistant director for public services.

“During this time of deep transformation for libraries, having a president who has vision, is a strong manager, and an outstanding leader is necessary to ensuring the Boston Public Library remains one of the top urban library systems in the country,” said Boston Mayor Marty Walsh. “I applaud the board of trustees for their work in making this difficult decision between highly qualified candidates; and thank the presidential search committee who volunteered their time to vet and interview numerous candidates.”

“On behalf of the trustees of the Boston Public Library, it has been an honor to have had the opportunity to interview these talented individuals, and to select the next leader of the BPL,” said Robert Gallery, chair of the BPL board of trustees. “Jill Bourne brings new ideas, innovation, and deep experience in urban libraries to the role – from working as a children’s librarian to managing a library system. The BPL is an important cultural asset in the City of Boston and a vital educational resource for residents of the city and the state, and we look forward to working with Jill to shape the future of this historic institution.”

According to recruiters specializing in the sector, the search for Boston Public Library’s president was one the most prestigious library searches to come along in several years.

Boston Public Library has a central library, 24 branches, a map center, business library, and an expanding website filled with digital content and services. Established in 1848, the library pioneered public library service in America. It was the first large free municipal library in the country, the first public library to lend books, the first to have a branch library, and the first to have a children’s room. It continues to function as a cultural leader within the city of Boston as a learning center, and it is a central player in the world of research libraries.