Menu
View our Events
Stay Connected:
In a surprise move, Japan-based Recruit Holdings gains a renowned brand, online content and a massive database while Glassdoor looks to expand its reach beyond the U.S. Here’s the latest news with several experts from ENGAGE Talent, Avrio and PandoLogic weighing in. 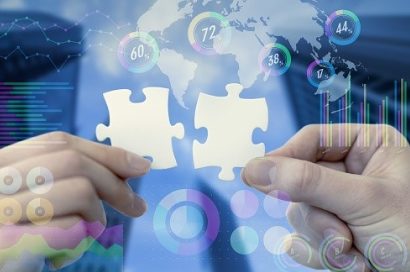 May 10, 2018 – In a sudden, all-cash $1.2 billion deal, online jobs portal Glassdoor has announced that it has agreed to be sold to Tokyo-based Recruit Holdings, a human resources company with far-reaching tentacles into the global recruiting sector.

Glassdoor, renowned for its employee reviews of businesses as well as salary information, will become “a distinct and separate part” of Recruiting Holdings’ expanding HR technology business segment. The sale is expected to close this summer. Regulatory approvals and closing conditions will also apply.

Beyond its access to Glassdoor’s massive trove of data, the move will boost Recruit Holdings’ profile globally. At the same time, onlookers expect the sale to speed Mill Valley, CA-based Glassdoor’s expansion into foreign markets.

Among its properties, Recruit Holdings owns the jobs search engine Indeed, which it acquired six years ago for a price, some estimate, to be close to $1 billion. Hisayuki Idekoba (Deko), chief operating officer and head of the technology segment for Recruit Holdings, said the company has no plans to integrate Glassdoor and Indeed, but that they might join forces on “specific challenges” down the line.

The announcement caught many industry watchers off guard. Glassdoor, which was founded in 2007, had been expected to go public this year and reportedly was in talks with banks about the IPO.

“Joining with Recruit allows Glassdoor to accelerate its innovation and growth to help job seekers find a job and company they love while also helping employers hire quality candidates,” said Robert Hohman, Glassdoor’s CEO and co-founder, who will continue to lead the company. “I look forward to leading Glassdoor through this exciting new chapter, and to exploring ways to use our combined resources and assets to benefit job seekers, employees and employers once the deal closes.”

Recruit Group Holdings Integrates Recruiting Brands
This past year, boardroom diversity in Fortune 100 and Fortune 500 companies increased for women and certain minority groups. But 70 percent of Fortune 500 board seats are still held by white men. Here’s why.

“The logic just makes such solid sense,” Mr. Hohman said in an interview with Bloomberg. “I think scale matters an awful, awful lot in the recruiting business.”

In an online posting, Mr. Hohman wrote that the companies will remain separate until the transaction is closed. He also emphasized that Glassdoor’s mission would remain unchanged after the sale. “Glassdoor will continue to operate as a distinct brand to fulfill this mission – and will be able to do so with greater speed and impact than we could achieve alone,” he said.

Mr. Idekoba, for his part, said he saw great potential for the addition to his company. “Glassdoor presents a powerful platform that is changing how people find jobs everywhere,” he said in a statement. “Glassdoor is an impressive company with strong leadership, mission, products, clients and employees. We are excited to help them continue to grow and deliver value to the job seekers and employers they serve.”

Joseph Hanna, founder and CEO of ENGAGE Talent in Mount Pleasant, SC, which helps companies source passive talent, said Glassdoor has had a tremendous impact on his business and many others. “It is exciting to see Glassdoor capture this well-deserved valuation and recognition,” said Mr. Hanna. “Our own mission is to leverage AI science to identify misalignment between people, companies, roles and ever-changing circumstances. Glassdoor paved the way for mainstreaming this line of thinking. This transaction shows the value of continuous assessment of fit and alignment. Most companies only focus on these areas during the hiring process, but it is just as important post-hire.”

Jonathan Bulkeley, CEO of PandoLogic, a New York-based pioneer in programmatic recruitment, said the joining of Recruit Holdings and Glassdoor was a sign of the times. “The Glassdoor acquisition is another example of continuing industry consolidation,” he said. “With AI technologies and Google’s entry dramatically changing the recruiting landscape, I expect much more disruption to happen over the next 12 months. At the end of the day, employers care about attracting quality candidates, and it’s clear that the future lies in programmatic AI platforms.”

“Recruit Holdings is an astute acquirer that knows valuable targets in the HR domain,” said Nachi Junankar, founder and CEO of Avrio AI, an artificial intelligence talent platform based in Boston. “Their acquisition of Glassdoor points to the value of quality HR data and HR technology that supports talent acquisition and other segments of the HR industry. Given their past acquisition of Indeed and others, Recruit Holdings continues to build a dominant presence. It’ll be interesting to watch what comes next.”

Glassdoor, which sees close to 59 million visitors to its platform each month, is among the largest job sites in the U.S. The company offers information about upwards of 770,000 companies in more than 190 countries. This includes more than 40 million reviews and insights, including company reviews, CEO approval ratings, salary information, interview questions, office photos and more. In addition, Glassdoor provides recruiting solutions to more than 7,000 employers, including 40 percent of the Fortune 500.

Recruit Group, founded in 1960, creates and provides platforms to connect companies and consumers. It operates a wide range of services, including HR technology, recruitment advertisement, employment placement, staffing, housing and real estate, bridal, travel, dining, beauty and others. Recruit Group has over 45,000 employees and operates in more than 60 countries and enjoys more than $10 billion in annual revenue.