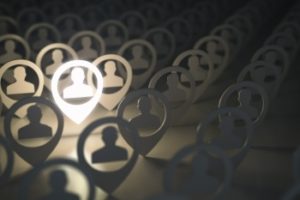 March 7, 2019 – Executive recruitment firm Russell Reynolds Associates has been enlisted to find the new president and chief executive officer for the NCH Healthcare System in Naples, FL. Allen Weiss, the organization’s previous leader, resigned in January after a vote of no confidence by the system’s physicians. Phil Dutcher, chief operations officer, has been serving as interim CEO.

Russell Reynolds was asked to conduct a nationwide search for the role. No timeline for the search has been announced.

“Russell Reynolds has successfully assisted hundreds of healthcare organizations such as Johns Hopkins, Loyola University Health System and UCLA Health in their searches for new CEOs,” NCH said. “The two partners from Russell Reynolds who will be working most closely with the board throughout the process each have extensive experience with healthcare clients.”

The executive committee for the NCH board of trustees chose Russell Reynolds from two national search firms that it interviewed.

Dr. Weiss’ resignation followed months of controversy with the medical staff and the community in regard to a pilot project on select hospital units, said the newspaper.

“The project involved NCH-employed hospitalists being in charge of admissions and patient care,” said the Naples Daily News. “Independent primary care physicians and concierge physicians said the project was disruptive to their relationship with their patients. They anticipated the project would be rolled out to different floors and eventually lead to a closed medical staff.”

“Independent physicians said their views on the pilot project were pushed aside by Weiss and his chief of staff Kevin Cooper, who resigned with Weiss,” said the newspaper.

Robert Stucker, a former member of NCH’s philanthropy committee and chairman emeritus of the Chicago-based law firm Vedder Price, told the newspaper that he had worked with Russell Reynolds many times over the years. “The firm has an excellent reputation with respect to CEO executive search and has the resources and experience to do a great job for NCH.”

R. Lynn Wilson, a Naples resident and former president and chief executive officer of Bryan Health System in Lincoln, NE, told the newspaper that such a large search firm might be the wrong choice for NCH. “This is a community hospital,” said Mr. Wilson. “What you want is a firm with lots of experience working with hospitals like NCH.”

The NCH Healthcare System is an alliance of more than 700 independent physicians and medical facilities in dozens of locations throughout Florida’s Collier County and the state’s southwest area. NCH Baker Hospital Downtown and NCH North Naples Hospital provide personalized care for over 40,000 patients a year in the group’s two-hospital, 716 bed system. In 2012, the NCH Healthcare System became a member of the Mayo Clinic Care Network, the first member of the network in Florida and the Southeast region of the U.S.

Check Out These Related Articles On Recruiting In the Healthcare Sector: