Menu
View our Events
Stay Connected:
Diversity and inclusion have become increasingly recognized as key factors in the success of any organization. Yet many chief diversity officers struggle to effect change. A new report from Witt/Kieffer focuses on why senior leadership buy-in is critical. 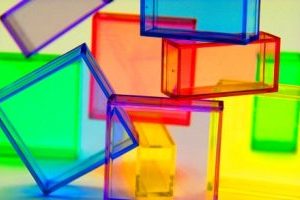 September 6, 2017 – Those who step into a new job as chief diversity officer tend to carry a heavy load. Theirs is an increasingly vital role. The challenges they face are complex and the demands of the position are many, with pressure coming from all sides. Naturally, institutions want strong, well-versed leaders in this area. But diversity chiefs cannot succeed on their own, as a newly released report from executive search firm Witt/Kieffer makes abundantly clear.

The report, “The Critical First Year: What New Chief Diversity Officers Need to Succeed,” concludes that the most important factors in how new CDOs will fare have to do with the conditions in place within their organization and the expectations that their higher-ups and constituents have of them.

“CDOs are at the vanguard of cultural change, which isn’t an easy role to fill,” said the report. “They are human, not miracle-workers; there is no set portfolio to suit the task at hand, and no two institutions share the same degrees of readiness and willingness.”

The report was written by Witt/Kieffer consultants Charlene Aguilar and Jennifer Bauer and senior associate Khalilah Lawson. The survey, which was conducted online earlier this year, polled 81 chief diversity officers and diversity leaders from higher education, healthcare and academic medicine, which are specialty areas for the Oak Brook, IL recruitment firm.

When taking a new job, the report said, chief diversity officers should ensure that they have the support of senior administrators, boards, faculty and staff, and other key stakeholders. Twenty-eight percent of those who responded said they had no broad-based buy-in when they started in their position.

In building their support base, the report continued, CDOs must be careful to manage expectations. Change will not come over night, the diversity leaders told Witt/Kieffer. Nor should CDOs expect to deliver results without help. There are no “CDO unicorns,” one respondent told the authors. “You are no messiah and be clear about that,” said another. “This work is a team effort.”

Some of the CDOs surveyed, meanwhile, offered suggestions for those just stepping into the role: “Be clear about reporting relationships and collaborations with key administrators,” one said. Another advised that CDOs not expect to accomplish more than they can deliver. “Superman and Wonder Woman already have day jobs,” that person said. “Balance expectations with the available level of resources and other institutional priorities,” said another.

One critical component for success is the degree to which a chief diversity officer can deliver actual change. “Ensuring that CDOs have the ability to influence and enact change is crucial,” said the report.

Egon Zehnder Offers 7 Steps to Improve Diversity
There is now broad consensus that having a diverse board, where directors are drawn from both genders and from an array of races and ethnicities, provides the breadth of perspective that is essential in today’s global dynamic environment.

One of the biggest challenges CDOs in their first year face, even in an organization that is supportive of their work, is lack of resources. “Even with a clear job description and support from the administration, if the CDO and the office isn’t appropriately resourced – in terms of budget, staff, etc. – the probability of effecting real change is diminished,” said the report. “Adequate resources will look different at each institution and the CDO should be an integral part of developing the structure and budget for D&I.”

Many respondents to the survey said that funding and support were a primary area of concern for those new to the chief diversity role. “Make certain resources are available — office staff, dedicated resources for professional development, clear expectations and flexibility,” said one respondent. “Additionally, my thought is no two CDOs have the same portfolio so it will be important for campuses to clearly define role, influence, and authority of position.”

Another of those surveyed echoed that sentiment: “Have real resources (budget and staff) available for this role and ensure that the role has direct access to leadership to ensure that the strategy is part of the overarching strategy,” this respondent said.

Another diversity leader stressed the importance of strong visibility and sustained political and financial backing. “Consider everything from location of the office to funding and staffing,” said this individual.

Relationship-building, in many ways, is the foundation for a new CDO to achieve his or her diversity and inclusion goals, said respondents to the survey. Establishing relationships early on in one’s tenure helps foster trust down the line. “In a new position, it is imperative to network and cultivate relationships with those who know the institutional history (how it got to the position it’s in today),” said one diversity leader. “These individuals will become key allies to drive necessary change.”

“What is the greatest challenge facing a CDO in the first year?” asked the survey. Time and again, the respondents came back to issues surrounding the need for senior leadership to get behind the diversity and inclusion program. But not everyone in the upper echelons of an organization understands the value of diversity and inclusion. In many cases, a CDO’s work is made more challenging by a leadership team that fails to show much diversity itself. “When the executive team lacks diversity, it can be hard to help others at that level understand the strategic need for D&I – even with support from the CEO,” said one respondent. “A CEO who believes he or she can delegate the responsibility and not be involved,” said someone else, will ultimately fail the organization.

For diversity and inclusion to work, strategic planning is critical, said the Witt/Kieffer report. Eighty-four percent of those responding to the survey came into their new diversity job with no strategic plan in place to work from. But 59 percent said they knew from the start that creating such a plan would be among their responsibilities.

Chief diversity officers should bring a certain flexibility to the job, said the report. Sixty percent of the respondents shared that that they had experienced “big changes” in their first year. “CDOs and their institutions need to be able to adapt to changes, both internal and external, as they develop a framework for D&I that allows for a clear path forward as well as flexibility to address issues as they arise,” the report said.

Key Activities to Drive Diversity and Inclusion Strategies
While diversity and inclusion initiatives have become a ‘must-have’ for 21st century employers, successful ones are often contingent upon having a clear plan and framework that resonates with diverse talent and aligns with overall business goals.

In large part, the survey respondents had a positive outlook about their roles as diversity leaders. Sixty-three percent said they had no existing issues to fix when they arrived, and 91 percent felt prepared to meet the challenges they would be facing in their new job. Eighty-eight percent said they felt good about what they accomplished in their initial year in the role.

For new diversity officers, the survey respondents offered a wide range of advice for meeting the challenges of their new job, from strategy to heartfelt encouragement:

“It’s important to balance real-time responses to crises as they emerge while also being strategic and visionary for the long term,” said one diversity leader. “Depending on the stakeholder, long-term strategies are a necessity and yet the outcomes of those strategies won’t bear fruit for at least a year, maybe more … if ever.”

“Accomplish some simple, straightforward early successes to create immediate impact while building a one-three-five-year professional and organizational strategic plan,” recommended someone else. “Ask for the top three D&I priorities and focus your time and energy there,” said another diversity leader. “Fires will emerge and other things will overtake you if you are not careful.”

But perhaps the most valuable suggestion from a diversity leader was that new CDOs should always keep their eye on the prize: “Focus on the social justice aspects of your role as CDO and make sure that you don’t despair.”

Check Out These Related Articles On Diversity & Inclusion:

Establish a Diversity Baseline and the Money Will Follow Path to Profitability: The Business Case for Board Diversity Why is There No Room for Hispanics On Corporate Boards? Women Gaining Top Jobs at Elite Recruiting Firms Global Boards Step Up Efforts to Broaden Roles for Women Search Firm Launched to Serve Black Colleges