Menu
View our Events
Stay Connected:
Shortcomings in creating a harassment-free workforce can often boil down to a company’s human resources department lacking the right priorities or leadership, according to two senior client partners at Korn Ferry. 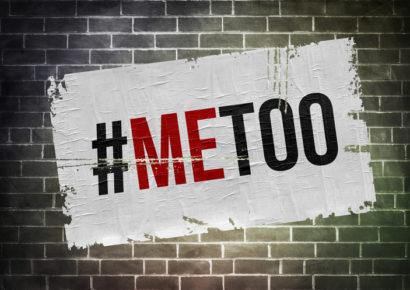 May 7, 2019 – The #MeToo era may have laid bare how many organizations have a long way to go to create a harassment-free workforce, but recent weeks have shown where some of the toughest challenges lie: the human resources department.

In just a short period, the public has learned about issues that started with complaints to HR that ended up either unsatisfactorily resolved, tarnished the reputation of the firm, or both. Experts say that the broad issue comes down to HR not always having the right priorities or leadership. “HR can sometimes be too aggressive in being business partners and have lost sight of being employee advocates,” said Ron Porter, a senior client partner with Korn Ferry’s Human Resources Center of Expertise.

The latest news spans industries and geographies. In the U.K., a mutual fund executive won a major cash settlement from her company after she refused to sign a gag order about her claims of sexual harassment at work. Then there was the board of an American firm that hired a CEO but wasn’t informed that he had an outstanding complaint of sexual harassment at his previous employer.

When the balance leans too much in favor of business results at the expense of employees, it can sometimes lead to problems. A hard-driving boss, for instance, may get results but may eventually cross the line of what is acceptable or even legal. That’s when things can go wrong. “Burning the cultural furniture today may get immediate results, but in the long term that isn’t good for the business,” said Mr. Porter. Again, it’s about balancing business needs with those of the employees. “It’s really about productivity over time.”

A Lack of Credibility

HR departments still lack credibility with business leaders, according to some experts. “HR doesn’t always get the respect it needs,” said Dési Kimmins, a Korn Ferry senior client partner and head of the firm’s leadership development for EMEA. That, in turn, can influence how HR responds to events. HR, for example, may not take a firm enough stand on inappropriate workplace behavior if it doesn’t already have the credibility within the company, she said.

That lack of credibility is partly a problem of corporations failing to see the need for strong HR leadership. While the top executives always understand that it is essential to have top-notch talent in marketing and finance, that isn’t always the same for HR. “Organizations tend to underinvest in getting the right HR people,” said Ms. Kimmins.

That common lack of understanding can lead a firm to skimp on HR salaries. And that’s a mistake because it could mean missing out on top talent. “Because of the complexity of the role and the skills required to manage stakeholders, it is essential to have high-quality people,” said Ms. Kimmins. Getting a strong HR leader can help address the matter. “If you have a really good HR leader, they will not suffer complacency or not having the right staff,” she said.

Over the past year or two, the #MeToo movement has sparked a nationwide conversation. In that time, one-third of executives have altered their actions to avoid behaviors that could be perceived as sexual harassment, according to data from the Society for Human Resource Management (SHRM).

#MeToo Movement Leaves its Mark on Staffing
The ramifications of sexual harassment and growing attention to the issue are having a significant impact on workplaces across America. Progress has been made, but much work remains. Let’s dive into the topic as executive recruiters weigh in.

New data from SHRM, meanwhile, found that one-third of executives have altered their actions to avoid behaviors that could be perceived as sexual harassment.

Professional Women Still Seek Equality Climbing the Corporate Ladder
It has been decades since professional women have pushed into the higher echelons of corporate management. Yet the ultimate objective of full equality eludes many of them. While corporate boards have implemented diversification initiatives, the C-suite nevertheless remains…

Related: Women in Canada Remain Held Back from C-Suite Roles

Empowering Female Leaders One Country at a Time Why Ambitions Fall As Women Strive to Reach the C-Suite On International Women’s Day, Steep Hills Still to Climb