Menu
View our Events
Stay Connected:
A new report by Rosenzweig & Company finds that women make up only 9.4 percent of the highest executive positions at Canada’s top companies. Let’s take a closer look at the report, while founder Jay Rosenzweig weighs in on how companies and search firms can help accelerate progress for women in the C-suite. 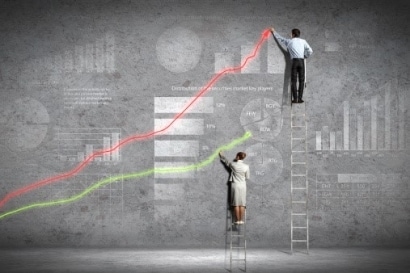 April 9, 2019 – In many respects the past few years have represented a tipping point for women – and the men who support them. The abrupt fall of high-profile individuals from the worlds of business, entertainment, politics and media, coupled with the rise of broad-based movements like #MeToo and #TimesUp, seems to signal a profound shift in societal attitudes towards gender, power and authority.

As with the U.S., however, that shift has yet to be fully reflected in Canada’s corporate executive suites. Still, several encouraging signs offer hope that change is underway in the Great White North, according to the 14th annual report from executive search firm Rosenzweig & Company.

Each year, the “Rosenzweig Report on Women at the Top Levels of Corporate Canada” tracks the number of women who hold the highest executive positions at Canada’s 100 biggest publicly-traded companies. These C-suite leaders of industry – CEOs, CFOs and others – play a key role in hanging corporate culture and enhancing diversity.

Currently, 53 women hold such leadership positions, up from 51 a year ago and more than double the 23 women with those jobs in the first Rosenzweig report in 2006. But that’s not as much progress as one might think. Women now hold just 9.9 percent of the top jobs, compared to 9.4 percent a year ago, and 4.6 percent in 2006.

“Progress can only be described as incremental,” said Jay Rosenzweig, managing partner of Rosenzweig & Company. “To put it in perspective, at this rate it will be at least 2040 before women will occupy even 30 percent of these jobs. Today’s millennial generation will be approaching retirement.”

By some measures, in fact, the report reveals that women’s roles in some sectors are actually retreating, as only three female CEOs remain among Canada’s top 100 companies, half the number of the previous year. No female CEOs are found among Canada’s 25 largest corporations. Surveys of Fortune 500 companies in the U.S. have also shown a decline in the number of women CEOs.

On International Women’s Day, Steep Hills Still to Climb
A day to celebrate women’s achievements and to recommit to keeping up the fight for equality in the workplace and elsewhere. Progress has been made – and search firms are helping when and where they can, but so much more work remains to be done. Here’s one success story.

For many women, part of the problem actually occurs much earlier in their careers. “I recently had a conversation with one of Canada’s foremost business leaders, Katie Taylor, chair of the Royal Bank board of directors and the former CEO at Four Seasons Hotels & Resorts,” said Mr. Rosenzweig. “Her insight — with which I fully concur, based on my years of experience in executive search — is that the CEO pipeline almost invariably includes a stint running a bottom-line business unit. These jobs, where executives are on the hook to deliver profit, are often referred to as ‘P & L’ positions (the P standing for profit and the L for loss).”

As the report’s findings show, however, women continue to be vastly underrepresented in these positions. “While I have never advocated strict quotas as a solution, I do think corporate boards need to step up their efforts to expand the pipeline of CEO role-ready women as part of their succession planning mandate,” said Mr. Rosenzweig.

“Our surveys over the years have shown that women at Canadian companies are disproportionately concentrated in non-operational roles,” he said. “While these are often mission-critical functions such as human resources, marketing, communications, finance and legal, they are rarely a launch pad to the top job because they lack profit and loss responsibility.”

This, in turn, limits women’s ability to be prepared for the top executive roles, a significant reason for the lack of diversity in Canadian companies. “Senior corporate management — still predominantly male — must actively encourage women to take on these roles and mentor them,” Mr. Rosenzweig said. “We know women can be successful, if given the opportunity.”

Njeri Rionge, CEO of UpCountry Africa Fund Assets (Canada) Corp., whom Forbes has dubbed “Africa’s most successful woman,” believes society has elevated the conversation concerning gender equality, but collectively still has far to go. “Legacy gender-based biases are still far too prevalent across many of our institutions and much of our daily interaction,” said Ms. Rionge. “The Rosenzweig report has earned a reputation as a voice for change and a truly objective source in this important topic. Its reporting truly shows us where we need to work harder and smarter to identify and eradicate gender inequality and to function as a healthier society as a result.”

“Women are the backbone of a progressive society, and yet it is so hard to be a woman, especially a woman of color,” said Van Jones, social entrepreneur, CNN political contributor and CEO of the REFORM Alliance. “While it is difficult, we see women stepping up everywhere.”

Nadia Theodore, consul general of Canada to the Southeastern U.S., said society can no longer claim to be unaware of the business case for diversity. “The latest Rosenzweig report reminds us that a failure to tackle the structural barriers and persisting negative (and often unconscious) perceptions associated with diverse leadership will continue to keep women and minorities out of senior roles,” she said. “Despite all the evidence that diversity is necessary for strong economic performance, there remains a widely held view that a focus on diversity across an organization—but especially in senior leadership–means compromising skill or qualifications.”

Other studies have consistently backed up the value of prioritizing women in NEO positions. A Harvard Business Review study of 22,000 global firms, for example, found that companies with women in 30 percent of NEO positions experienced an average 15 percent profitability increase in comparison to companies without any women in C-suite positions.

The benefits of enhancing women’s roles in corporate leadership are clear. But as he Rosenzweig report reveals, much work remains to be done. “Your best bet for finding female executives is to work with a search firm that reaches beyond the traditional reservoir of candidates,” said Mr. Rosenzweig. “We need to stop just rounding up the usual suspects. It takes more work and more digging, but there are great female candidates out there if you just expand your network and know where to look.”

“Our firm prides itself on conducting exhaustive, deep-dive searches, reaching well beyond traditional contacts and sources,” Mr. Rosenzweig said. “In addition, we have become very active in terms of partnering or advising organizations that are actively promoting women. An excellent example is #movethedial, a global movement started out of Toronto and founded by Jodi Kovitz. It is dedicated to changing the face of tech leadership in Canada and around the world. Jodi and her #movethedial organization aim to change that – and we are proud to be associated with that effort.”

There are many similar instances, he said, where women are mobilizing to mentor and support one another. “GirlStarter, led by Jeannine Shao Collins; Mogul, headed by Tiffany Pham; and Levo, led by Caroline Ghosn, are great examples,” said Mr. Rosenzweig. “Halogen Ventures, founded by Jesse Draper, is another. These entities, while founded by women, welcome and encourage men as allies, supporters and partners. We should be there with them, side-by-side. And we are proud to say we are.”

Mr. Rosenzweig conceded that executive search firms have probably contributed to holding women back over the years. “But I very much believe we can be catalysts in helping clients find the solution,” he said. “There is no question that most executive search firms traditionally looked for the ‘safe’ solution when it came to many searches.”

Recruiters tended to look for individuals who looked a lot like the incumbent or like the rest of the management team. “And that is understandable – we get paid based on success,” he said. “But a default to the ‘safe’ mode is often a default to the status quo, to the tried and true. Today’s business environment is highly dynamic and demands greater workplace diversity and flexibility. Search firms that can adapt to this shift will have a competitive advantage.”