Menu
View our Events
Stay Connected:
The ramifications of sexual harassment and growing attention to the issue are having a significant impact on workplaces across America. Progress has been made, but much work remains. Let’s dive into the topic with new reports from SHRM and FTI Consulting, as executive recruiters weigh in. 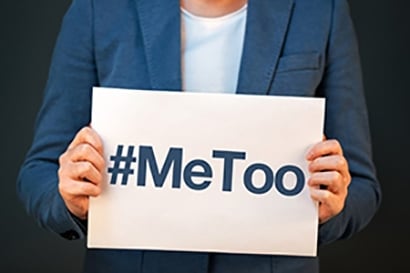 October 25, 2018 – It has been one year since the #MeToo movement sparked a nationwide conversation.

Since then, one-third of executives have altered their actions to avoid behaviors that could be perceived as sexual harassment, according to new data from the Society for Human Resource Management (SHRM).

Michigan State University Selects Storbeck/Pimentel to Find President
In the wake of the sex abuse scandal involving sports doctor Larry Nassar, which forced the president of the school to step down. President Lou Anna Simon resigned in January over the school’s handling of accusations against the former MSU physician.

Meanwhile, new data from SHRM found that one-third of executives have altered their actions to avoid behaviors that could be perceived as sexual harassment.

Related: Why Ambitions Fall As Women Strive to Reach the C-Suite

Additionally, executives surveyed by SHRM said they believe that the most effective ways to influence workplace culture to stop sexual harassment and foster a safe environment are:

“At its core, an organization must have the right culture to self-police,” Mr. Taylor said. “We have a long road to go, but positive strides have been made.”

Ms. Fraser said that organizational leaders are impacted. The SHRM study showed “one-third of executives have altered their actions to avoid behaviors that could be perceived as sexual harassment.” That means that businesses still have “a long way to go before we sleep,” said Ms. Fraser. “Build a culture that will not tolerate sexual harassment. Discuss how to be inclusive and not go so far that female colleagues are excluded from social and business gatherings.”

“Wake up and drive changes,” said Ms. Fraser. “Most women have experienced sexual encounters in the work place. Drive the ‘zero tolerance’ and be part of the best places to work. Sad we needed #MeToo but we did and we still do and with that, action.”

“Companies who are already doing the right things will have nothing to worry about. Organizations who are in the midst of change can continue to fine tune their practices to ensure that everyone (men and women included) feels safe, supported, and heard in the workplace,” she says. “My general sense here is that when executives think about what they are doing both in public and private, one salient question must be: Is this practice, action or policy something we would stand by both in the Boardroom and in the news media? The right things are still the right things!”