Menu
View our Events
Stay Connected:
Failure to translate investment in education into opportunities for higher quality work is feeding income inequality around the world, according to the newly released Human Capital Report. Norway ranks best in developing human capital, U.S. is fourth. Here’s why America is falling behind. 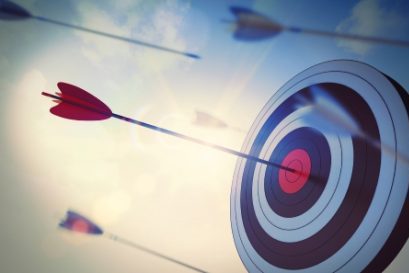 September 27, 2017 – Nations around the world are fostering inequality by failing to develop people’s talents, according to the World Economic Forum’s recently released ‘Human Capital Report 2017.’ A lack of opportunities and access to quality work, the report said, is hindering both individuals and entire countries.

“Efforts to fully realize people’s economic potential – in countries at all stages of economic development – are falling short due to ineffective deployment of skills throughout the workforce, development of future skills and adequate promotion of ongoing learning for those already in employment,” said the World Economic Forum. “These failures to translate investment in education during the formative years into opportunities for higher quality work during the working lifetime contributes to income inequality by blocking the two pathways to social inclusion, education and work.”

In all, 130 countries were evaluated and compared in four areas of human capital development: capacity, which was determined by each country’s past investment in formal education; deployment, the application and accumulation of skills through work; development, formal education of the next generation workforce and continuing to teach existing workers new skills; and know-how, the breadth and depth of specialized skills-use at work, according to the Switzerland-based foundation. The reports results were also tallied according to age groupings.

“The leaders of the index are generally economies with a longstanding commitment to their people’s educational attainment and that have deployed a broad share of their workforce in skill-intensive occupations across a broad range of sectors,” said the report. “Unsurprisingly, they are mainly today’s high-income economies. Creating a virtuous cycle of this nature should be the aim of all countries.”

Too often, the World Economic Forum said, investments in education fail because of inadequate focus on lifelong learning, failure to develop high-skilled opportunities and a mismatch of skills needed for joining and thriving in the workforce.

Accumulating skills must continue after one’s formal education, said the report. It emphasizes that human capital development largely depends on the application and accumulation of skills through work. And though many of the world’s nations have a wealth of talent, they fall short in its deployment.

The challenge of each person achieving his or potential spans all generations in one way or another. “For example, while younger people are consistently better off than older generations when it comes to the initial investment in their education, their skills are not always deployed effectively and too many employers continue to look for ready-made talent,” said the World Economic Forum. “The problem of under-deployment of skills among the young also affects those coming towards the end of their working life. Meanwhile, few among those currently in employment  – across all age groups – are gaining access to higher skilled work and opportunities to enhance know-how.”

How to Accommodate Millennials as Workplace Demographics Shift
By 2020, Millennials will make up 40 percent of the workforce. But the perks that motivate them are unlike those that appealed to previous generations. To stay competitive, businesses must recognize this and adapt to the evolving needs of their workforce.

Klaus Schwab, founder and executive chairman of the World Economic Forum, said the report points to the need for a change in thinking about education and jobs. “The Fourth Industrial Revolution does not just disrupt employment; it creates a shortfall of newly required skills,” he said. “Therefore, we are facing a global talent crisis. We need a new mind-set and a true revolution to adapt our educational systems to the education needed for the future work force.”

Saadia Zahidi, head, education, gender and work initiatives for the World Economic Forum, noted that each country’s approach to developing its human capital should vary according to demographic structure. “However, every country risks creating lost generations if they fail to adopt a more holistic approach to nurturing talent that takes into account a proactive approach to managing the transition from education to employment and to ongoing learning and skills acquisition,” she said.

LinkedIn Economist Guy Berger described skills as the fundamental unit of human capital. Data, for its part, can be an integral factor in making better use of human capital. “Knowing which skills are most resilient, most persistent, and most likely to remain relevant through technological innovation and economic change is key to successfully upskilling and reskilling workers,” Mr. Berger said. “Using our data to arm governments and broader policy communities with a richer understanding of skills dynamics can and should fuel more nuanced and strategic investments in building human capital for the future.”

Skills Gap Costing Employers Nearly a Million Dollars Annually
It remains one of the most vexing economic puzzles in talent management: Why can’t employers find workers to fill their positions when 7.5 million Americans are unemployed and millions more are working part-time gigs because they can’t find full-time positions or have given up looking for work altogether?

“There are significant opportunities for economies with already high talent capacity and development, such as France, Greece, Italy and United Arab Emirates, to boost their human capital performance through a focus on the Know-how sub-index, including opportunities for high- and medium-skilled work as well as broadening the complexity of the economies in question through sectoral investment,” said the report.

“In North America, Western Europe, Middle East and North Africa and Eastern Europe and Central Asia, more can be done to improve the deployment of their countries’ high capacity talent. Sub-Saharan Africa and South Asia need much better investment in developing their current and future workforces in order to expand beyond their relatively low current capacity.”

Human capital can be put to much better use through a commitment to developing talent not only through formal education, but beyond, in both educational settings and the workplace, said the report: “Even with similar levels of upfront educational investment, on-the-job learning is critical for generating returns on the initial investment as well as ensuring that people’s skills grow and appreciate in value over time.”

Hiring Pressures Mount As Talent Supply Tightens
The global workforce is changing rapidly. Skills shortages, new models of engagement and demographic shifts, as well as economic and political forces, are pushing companies to re-think their approaches to securing critical skills.

The World Economic Forum partnered on the report with LinkedIn. Their research confirms that “individual’s specialization and capacity expands as they enter the labor market,” the report said. This, in turn, “highlights new opportunities for identifying and analyzing similar talent pools and points to opportunities for stronger design of reskilling and upskilling efforts,” said the report. “More broadly, this unique data also suggests that there is an opportunity for policymakers to use dynamic labor market information to enhance their workforce planning and decision-making.”

With the rise of technology and its impact on labor markets, the report called for “a renewed focus on how the world’s human capital is invested in and leveraged for social well-being and economic prosperity for all.”

Education, whose delivery and financing mechanisms have remained largely unchanged for many years, clearly demands attention. “In many countries, many youth and children may find their paths constrained depending on the type of education they are able to afford, while others may not have access to even basic literacy and learning,” the report concluded.

“On the other hand, many developed world education systems have made enormous increases in spending – with little explicit return. Early childhood education and teacher quality remain neglected areas in many developed and developing countries, despite their proven impact on learning outcomes. Both areas also suffer from lack of objective, global data.”

Generational shifts also require changes in the investment that countries apply to their human capital. “Aging economies will face a historical first, as more and more of their populations cross into the 65 and over age group and their workforces shrink further, necessitating a better integration of youth, female workers, migrants and older workers,” said the report. “Many emerging economies face change of a different kind as a very large cohort of the next generation – one that is more connected and globalized than ever before – enters the workforce with very different aspirations, expectations and worldviews than their predecessors.”

Check Out These Related Articles On Human Capital Trends: