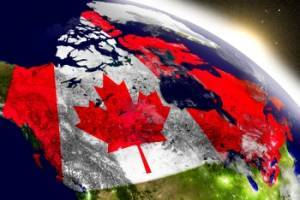 September 28, 2017 – Executive search firm Pedersen & Partners has appointed Keith Labbett as a client partner and the country manager for Canada. He will be based in Toronto.

Opened in 2008, the Canadian office of Pedersen & Partners provides talent solutions and senior management placements for the local market.

The team largely focuses on the industrial and technology sectors, particularly the manufacturing, telecommunications and mining industries.

Over the course of his two decades in search and leadership consulting, Mr. Labbett has placed hundreds of executive leaders and built international teams across all management functions, focusing on upper management to C-level positions. He assists his international clients in establishing their presence in Canada, while also supporting their growth needs abroad. He has expertise in a wide variety of industries, including real estate, industrial, engineering, construction, infrastructure and financial services.

Previously, Mr. Labbett spent two years as partner with DHR International in Toronto. Before that, he was president of Osprey Executive Search. Beyond executive search, Mr. Labbett is active in many charitable and community activities as a coach, organizer and board member. Among other activities, he founded the Princess Margaret Hospital Foundation’s fundraiser, Knock-Out Cancer, and served as a board member of Toronto Santa Claus Parade.

“I chose to join Pedersen & Partners for its smart strategies and strong processes, and most importantly, its robust and committed team that brings cutting edge innovative search and analytical tools to the recruitment process,” said Mr. Labbett.

Darcie Murray, partner, chief operating officer and the head of North America at Pedersen & Partners, spoke highly of Mr. Labbett’s background. “Keith has a well-founded reputation in the industry, based on his vast leadership and team management background, together with over 20 years of senior talent acquisition and leadership consulting proficiency, which makes him the perfect candidate to lead our Canadian office,” he said. “We welcome him to our growing North American team and wish him every success in continuing to strengthen Pedersen & Partners’ position in Canada.”

Pedersen & Partners operates 56 wholly-owned offices in 52 countries across Europe, the Middle East, Africa, Asia and the Americas. Poul Pedersen is the firm’s founder and managing partner. He is also in charge of the private equity and venture capital practice, and the financial services practice. Mr. Pedersen has conducted executive search assignments since 1995 and has completed over 700 searches.

Over the past year, the firm has expanded its footprint in various parts of the globe:

The firm opened a new office in Amsterdam and named Lydia van der Meulen as a client partner and country manager for the Netherlands. She is also head of Pedersen & Partners’ life sciences practice for the Netherlands, Belgium and Germany. Previously, she served as a managing director at ZRG Partners.

Pedersen & Partners also named Shavikesh Goel as principal and head of its Indo-German business. Mr. Goel is an experienced management consulting and executive search professional, with a career spanning over 17 years. He formerly served as the India managing director for German search firm Deininger Consulting.

In addition, the firm appointed Thorsten Otremba as a client partner and head of its automotive practice.Mr. Otremba has over 15 years of global expertise in executive search, with a focus on the automotive, manufacturing and engineering sectors. Previously, Mr. Otremba served as exec. VP for DHR International.