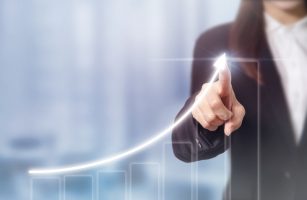 “Second quarter revenues for the company were strongest internationally, but we also were pleased with the quarter-over-quarter, sequential performance of our domestic staffing operations,” said Harold M. Messmer Jr., chairman and CEO of Robert Half. “Every U.S. staffing line of business reported higher sequential revenue growth this year than the same period a year ago.” Mr. Messmer added that the company’s return on invested capital in the second quarter was 29 percent.

Robert Half issued its earnings and sales guidance for the third quarter of 2017. The company expects revenues in the range of $1.305 to $1.365 billion for the quarter. In addition, it projects earnings in the range of 66 to 72 cents per share. The Zacks Consensus Estimate for the third quarter is pegged at 72 cents, which is at the higher end of the estimated range.

The management stated that it would continue to invest in technology innovations. The company also expects hiring activity in the U.S. to improve in the forthcoming periods, backed by GDP growth.

Become an Inmail Sponsor
Hunt Scanlon offers a number of unique and exclusive ways to reach our coveted audience of talent acquisition leaders. Becoming an inmail sponsor gives you an opportunity to brand your firm via direct email to tens of thousands of our followers.

In the second quarter, Robert Half bought back one million shares for $47 million. There are approximately 4.2 million shares available for buyback under the stock repurchase program.

Robert Half shares have fallen two percent since the beginning of the year, while the Standard & Poor’s 500 index has increased 11 percent. In the final minutes upon release of its Q2 numbers, shares hit $47.80, an increase of 17 percent in the last 12 months.