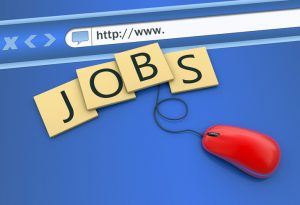 May 16, 2016 – Eighty-four percent of HR leaders say they are hiring for full-time positions, according to the recent industry trends report released by recruiting services company LaSalle Network. The survey also found that 70 percent of respondents feel optimistic about the economy for the remainder of 2016.

While most industries reported plans to hire, leaders within the healthcare, technology, and education industries were more optimistic about their hiring plans, regardless of company size.

In addition, while most companies are hiring for industry-specific roles, leaders expressed a need for customer service roles regardless of industry. This need isn’t surprising or new. Customer service and administrative employment grew steadily throughout the past year, adding an average of 21,790 jobs every month.

The report also found that 44 percent of business leaders said their biggest obstacle in hiring was finding fully qualified candidates. This perceived skills gap was particularly elevated in industries with high demand, such as the software & tech industries (63 percent), and in sectors like education (82 percent) and manufacturing (63 percent).

According to a recent report from the Association for Talent Development, 56 percent of talent development professionals believe their workforce is affected by a skills gap, and 45 percent say they face the same challenge when hiring.

While many reports about hiring challenges focus on the skills gap, when companies struggle to find qualified candidates for open positions this gap isn’t the only reason companies aren’t finding the right people. LaSalle Network found that 45 percent of HR leaders reported finding the right culture fit was their biggest obstacle when hiring and 44 percent said finding technically qualified candidates was their biggest obstacle.

This is a likely why companies continue to turn to hiring temporary and contract employees.

A recent study by CareerBuilder said that temporary employment expected to add 173,478 jobs from 2016 to 2018. In addition, 47 percent of employers reported that they plan to hire temporary or contract workers in 2016, up slightly from 46 percent last year. Of these employers, more than half (58 percent) plan to transition some temporary or contract workers into full-time, permanent roles.

“Today, nearly three million people are employed in temporary jobs, and that number will continue to grow at a healthy pace over the next few years as companies strive to keep agile in the midst of changing market needs,” said Kyle Braun, president of CareerBuilder’s staffing and recruiting group.

In addition, a recent Adecco study, ‘Definitive Guide to Building a Better Workforce,’ found that 67 percent of companies use contingent labor to enhance their workforce and close talent gaps. The study surveyed 536 C-suite executives across the U.S. regrading the types of talent they need, skills that are most difficult to find, how they are using contingent labor and progressive recruiting methods to enhance their workforces, employee retention techniques and more.

Check Out These Related Articles on Hiring Trends: