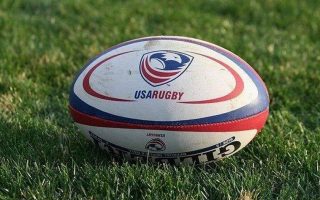 May 16, 2016 – Korn Ferry has been selected by USA Rugby to lead its search for a new chief executive officer.

Over 150 applications for the position have been submitted to Korn Ferry and the firm is now screening candidates to determine those best suited to move on to the interview stage of the hiring process.

A CEO search committee consisting of USA Rugby board members Jeremiah Johnson (USA Rugby congress representative), Pam Kosanke (athlete representative), Bob Latham (chairman) and Peter Seccia (director) will work alongside Korn Ferry to assist in candidate screening. All members of the USA Rugby board of directors will be involved in the final selection of the organization’s next CEO.

“We look forward to reviewing what looks like a very strong pool of eligible candidates,” said Mr. Latham. “The ultimate goal is to find the candidate best suited to continue the immense growth of this great game domestically, continue the vast improvement of our national teams and build on the strong commitments and relationships we have with the entire rugby community.” He said the search process that’s underway will give every applicant a fair opportunity to become USA Rugby’s next CEO. “We are excited to hire the candidate best suited for this incredibly important position.”

Founded in 1975, USA Rugby is the national governing body for the sport of rugby in America, and a full sport member of the United States Olympic Committee (USOC) and World Rugby. Currently headquartered in Lafayette, Colorado, USA Rugby is charged with developing the game on all levels; it has over 115,000 active members.

Korn Ferry has a highly developed sports practice, today led by Jed Hughes. His relationships within sports and intercollegiate athletics are extensive, having spent 20 years coaching in professional and intercollegiate football and working for five Hall of Fame coaches. The firm’s sports practice has conducted a number of prominent searches in the field, including commissioners for the National Football League (NFL) and Major League Baseball (MLB), as well as the CEO of the U.S. Olympic Committee.