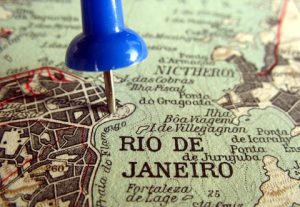 The partners of Signium Brazil bring over 55 years of cumulative executive recruiting / HR experience in the Brazilian market and have worked extensively throughout South America directly with global businesses.

Mr. Apovian comes to Signium from Odgers Berndtson, where he served as partner and head of business. He also served as Latin American manager at Michael Page.

Mr. Kraljevic also joins the firm from Odgers Berndtson, where he was a partner. Before that, he served as a senior associate at boutique executive search firm Fantozzi & Associates.

Mr. Lara began his career as a manager at Rhodia, where he worked for 29 years, leading businesses in Brazil and later, Argentina, where he occupied the presidency of the firm. More recently, he worked at industrial conglomerate Votorantim, where he served for 10 years as corporate director for human and organizational development.

“We are pleased to welcome our new partner firm in Sao Paulo Brazil to the Signium portfolio of executive search and leadership consulting firms,” said Ignacio Bao, chairman. “Brazil is a dynamic market and will only continue to expand, providing significant business opportunities throughout South America and around the globe. With this high profile addition we will provide a significant network of senior business contacts across the industrial, consumer and professional business services marketplace.”

Brazil is the largest national economy in Latin America, the world’s 8th largest economy at market exchange rates and the seventh largest in purchasing power parity (PPP), according to the International Monetary Fund and The World Bank. It has a mixed economy with abundant natural resources and is projected to become one of the five largest in the world in the decades to come.

São Paulo is considered the financial capital of Brazil, as it is the location for the headquarters of major corporations and of banks and financial institutions. As a result, a number of other executive search consortiums have turned to Brazil to expand their networks in recent months: