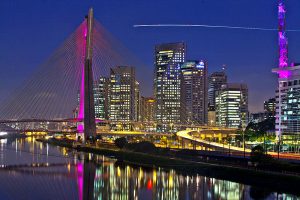 Mr. Zuvela is an actuary and in the last five years has worked for relevant search companies in Brazil, responsible for the insurance and financial services practices. Most recently, he served as vice president and partner with Fesa Global Executive Search Transforming Leadership. Prior to that he was an associate at Page Executive. Earlier in his career he held various roles with consulting firms Towers Watson, Watson Wyatt, and Mercer. He has worked in technical and consulting areas for over 15 years with responsibility for the actuarial and benefits administration areas, developing numerous projects for national and multinational clients.

“We are happy with the arrival of Alexandre Zuvela, which will improve the capacity of our company,” said Rodrigo Forte, co-founder and managing partner of EXEC. “I am particularly proud to see that in a few years we have built a strong leadership team, noting that he is now the eighth partner to compose our front line.”

“My decision to join EXEC was based on their good positioning and reputation with important clients, experience and maturity of the team and the quality of the methodologies used in the processes,” said Mr. Zuvela. “Today, I see the company as one of the most prominent Brazilian boutiques in the search industry, a very interesting place to be at this moment of the Brazilian economy.”

Brazil is the largest national economy in Latin America, the world’s 8th largest economy at market exchange rates and the seventh largest in purchasing power parity (PPP), according to the International Monetary Fund and the World Bank. It has a mixed economy with abundant natural resources and is projected to become one of the five largest in the world in the decades to come.

São Paulo is considered the financial capital of Brazil, as it is the location for the headquarters of major corporations and of banks and financial institutions.

EXEC was established in 2009 as a boutique consultancy whose services include search & selection, and leadership & organizational advisory. Co-managed by an advisory board, and the only independent consultancy with this governance in Brazil, EXEC has offices in Sao Paulo, Campinas, and Rio de Janeiro. EXEC has experienced a period of unprecedented growth over the last couple of years, which has accelerated its plans to open offices in other countries within South America.

The firm recently named Andre Freire as managing partner. Mr. Freire is a seasoned executive with over 15 years of leadership experience from industrial corporations. Most recently, he served as managing director and chief executive officer of Brazilian operations at Odgers Berndtson.

EXEC recently joined Panorama, a global network of independent executive search firms. “EXEC and the partners in Panorama represent the perfect combination of leading organizations that share a similar set of values and a strategic vision,” said Daniel Cunha, an EXEC managing partner. “Together, we are uniquely positioned through a balanced portfolio of services that can be tailored to best serve the evolving needs of our global clients so they can achieve their strategic goals.”