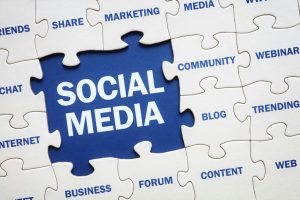 May 25, 2016 – Ninety-seven percent of corporate recruiters use LinkedIn to find, attract and engage talent, according to the 2016 ‘Global Recruiting Survey’ just released by Alexander Mann Solutions and Social Talent. The report examines how talent acquisition professionals around the world are utilizing online and social resources to find, and engage with, candidates. It is sobering news in many respects for executive search professionals.

When it comes to getting a new employee onboard, the No. 1 source for finding candidates who were ultimately hired is social media, at 37 percent of successful hires. Forty percent of respondents have more than 2,000 connections on social media platforms, while 12 percent have more than 5,000.

The report also found that the vast majority of company recruiters are using paid job boards to attract candidates, but only 26 percent found successful candidates through this channel, and only 12 percent fill more than half of their jobs this way.

Hence, leading job boards like Monster are seeing their fortunes diminish in the age of LinkedIn.

But, while many corporate recruiters are using social media networks it doesn’t always mean that’s what helps them find the ideal candidate.

Seventy two percent of candidates identified in social media searches are not even contacted because they are not suitable for the position for one reason or another, representing a significant degree of waste in the search process. In addition, this year’s survey found that 37 percent of recruiters say they use Twitter to source candidates, which is a 19 percent drop from last year’s survey.

“Huge waste and inefficiency still exists within the recruitment industry,” said Jonathan Campbell, CEO of Social Talent, a provider of recruiting learning, tools and performance analytics. “Even after many years of corporate recruiters discovering and learning brand new techniques to attract the best talent, wastage still remains, resulting in reduced productivity and static hiring stats.” The silver lining here, he said, is that there is a massive opportunity in the industry for hiring managers to redefine their candidate pipeline. “Simple tweaks to candidate engagement strategies, existing processes and sharing best practices will drive lean improvements for businesses,” he added.

Fifty-four percent of corporate recruiters work on fewer than 10 requisitions at any one time and 63 percent of recruiters received performance related pay. Those who do receive high performance-based pay are more likely to fill jobs faster and 60 percent of those recruiters are measured primarily on number of hires and placements made.

“Our survey reveals compelling insights into how talent acquisition professionals are using social channels and messaging platforms to reach both active job seekers and passive candidates for their organizations,” said Darcy Wells, head of solution design and innovation for Alexander Mann Solutions in the Americas region. “What we found was that, while the profession continues to use more sophisticated techniques to find and reach candidates, the most effective recruiters are those who combine tech savvy with a personal touch” in order to engage with those candidates.

“Talent acquisition professionals have more tools than ever to connect and engage with potential candidates, whether passive or active job seekers, which is critical in today’s competitive talent market,” said Ms. Wells. “They’re looking to fill positions quickly and with the best possible candidates, and the 2016 ‘Global Recruiting Survey’ highlights the different ways in which they can use real-time tools, such as Skype and Whatsapp, to connect with job candidates. Understanding the most effective ways to communicate with potential hires is critical for organizations that are looking to make strategic talent investments for long term growth.”

Executive recruiters in the Millennial demographic contacted by Hunt Scanlon Media for this story said they believe that these findings are a precursor to what’s coming, as men and women in their generation begin their trek towards the C-suite.

From the job seeker perspective social media is becoming the main source for job hunting activity.

“Employers can offer candidates a simpler way to apply to jobs by allowing job seekers to populate their application with basic information from their LinkedIn, Google+ and Facebook accounts,” said Josh Wright, chief economist at iCIMS. “Recognizing patterns of how today’s job seekers are searching and applying for jobs gives employers an edge over their competition.”

Why Finding Effective Leaders Remains a Challenge What Companies Are Looking for In Younger Workers HR Leaders Remain Optimistic About Hiring Plans for 2016 Companies Look to Temporary Workers to Fill Talent Shortage...