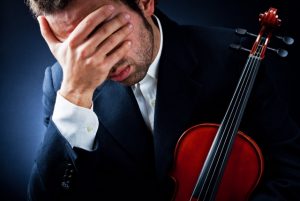 November 10, 2016 – Businesses are not in tune with their employees’ perceptions of engagement, training and career development, according to a just-released survey of human resource executives conducted by talent management solutions provider Saba.

The survey indicated the need for consistent employee feedback across age groups and genders in order to gain an accurate measure of engagement across an entire organization. It also confirms the need for continuous feedback to gain early warning of gaps between the perception and reality of the effectiveness of training and development programs.

The survey indicated that companies do not have continuous channels for engagement and feedback because the majority of employees are rarely asked for their feedback – less than a few times a year. Sixty eight percent of Baby Boomers and 61 percent of female employees indicated they were rarely asked for feedback, versus 56 percent of male employees. At the same time, women were also less comfortable giving their input. The survey showed only 56 percent of women are comfortable giving feedback, compared to 63 percent of men. This implies a statistical disconnect that should be addressed by HR and learning teams.

Based on these statistics and anomalies in engagement, it seems understandable why more than half of HR leaders (51 percent) and employees (52 percent) believe their organizations do not have a good employee feedback process.

While all survey respondents agreed that their companies are falling short on providing access to effective training, what was most surprising is the disparity between their responses. Only 22 percent of employees believe their organizations are very effective in providing easy access to training and development and the same percentage believe their organizations provide training and development that helps in career advancement. In contrast, HR managers are significantly more optimistic – 41 percent and 43 percent, respectively.

These gaps in perception are directly related to companies not having channels for continuous feedback. If companies are not in tune with their employees, it is extremely difficult for them to offer effective programs that will improve their employees’ professional development, according to the report’s conclusions.

“Employees need to be empowered to provide suggestions for improvement or what they like, giving them a voice in the company,” said Amanda Green, vice president of training and development at boutique executive search firm Becker Wright Consultants. “The first 90 days is a make it or break time for any new hire. Providing a feedback mechanism early on helps reinforce the culture of continuous feedback.”

The firm recently helped one of its clients implement a 90-day new hire employee roundtable to engage freshly hired associates during the very beginning of their tenure. The purpose, said Mrs. Green, was to solicit specific feedback on their hiring and onboarding experience. It is one part of the process that she said companies frequently miss, and this leads not only to disengagement but hiring misfires.

The Saba report concluded that training, or a lack thereof, clearly affects employee retention. Eighty six percent of Millennials, often the highest flight risk in any organization, indicated that they would be more inclined to stay at their current company if they were given access to quality training and development. Gen-Xers and Baby Boomers (76 percent) are less likely to stay even when they are given quality development.

“While most organizations will agree that talent is their most important asset, the Saba survey highlights the struggle many have in effectively engaging, assessing and developing their people,” said Theresa Damato, vice president of global marketing at Saba. “Organizations need to focus on the critical role continuous development plays in employee engagement and retention.”

They also need to find new ways to improve effectiveness of talent programs through more frequent and consistent feedback channels, Ms. Damato said. “This will not only improve engagement, it will also create a clear and direct line of sight between talent management programs and individual and organizational performance.”

According to an analysis by the Hay Group division of Korn Ferry, 71 percent of the U.S. workforce is engaged. “Full time U.S. employees work nearly 50 hours a week – equivalent to almost six working days,” said Mark Royal, senior principal, Korn Ferry Hay Group. “When you consider that nearly a third of employees are not engaged, that’s a lot of time wasted for both those employees and their employers who are not getting the full impact of their potenial.” Additional Korn Ferry Hay Group research demonstrates that an engaged workforce has a significant impact on the bottom line, boosting revenue growth up to two and a half times, depending on the level of engagement.

The Korn Ferry Hay Group conclusions are based on responses to several questions, including this one: “Given your choice, how long would you plan to continue working for your company?” Perhaps surprisingly, the largest percentage (64 percent) of employees across industries said “more than five years.” By contrast, just 18 percent of employees said they plan on staying two years or less. According to the U.S. Bureau of Labor, the average U.S. employee stays on the job an average of 4.6 years.

“Leaders who are successful in keeping their best people will need to foster a positive view of future company prospects and opportunities for individual growth and development, focus on structuring work environments to support employees’ success in their roles and leverage employee input to promote high levels of effectiveness, and reinforce the balance between what employees contribute and what they get back from the organization in return,” said Mr. Royal.

A separate Korn Ferry study shows that a critical need exists to improve employee engagement. This survey found that across all leadership levels an average of only 36 percent of employees are “highly engaged.” The report also found that leveraging a social responsibility agenda to develop leaders can help reverse this trend.

Tapping into an organization’s social responsibility platform is critically important to attracting, developing and retaining top talent, said Noah Rabinowitz, managing director of Deloitte’s leadership practice. “It provides a source of natural inspiration for people that is tied to the broader mission and purpose of an organization.”

Perhaps the best way to engage employees and retain the best talent at any company is to implement solid career development and succession strategies. But companies are failing to do this. According to research released by global talent management provider Penna, hiring managers are ill-equipped to have career conversations with their direct reports, with nearly a third (31 percent) saying their organization doesn’t provide people management training .

The Penna research also revealed that career conversations are seldom tracked or fed into succession plans, with a third (33 percent) of managers admitting that their organization doesn’t have a formal process for recording and tracking the long-term career goals of its employees and 23 percent said information gathered doesn’t get fed into succession planning.

Succession planning seems to be a growing concern to many HR leaders according to multiple recent reports.

Seventy four percent of HR leaders have identified leadership succession and speed of development as the primary internal challenges they face, according to a survey by talent solutions provider Lumesse and research company Loudhouse. The identification of tomorrow’s leaders is crucial to mitigate against the loss of critical talent in the future, something that 73 percent of respondents said is the biggest threat to their business over the next 12 months.