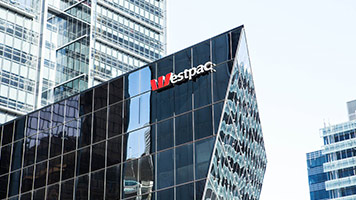 Chairman Lindsay Maxsted said he will be retiring in the first half of 2020. This will enable an incoming chairman and the board to oversee the appointment of a permanent CEO. Pressure had been mounting on Messrs. Hartzer and Maxsted to step down in November, when the financial intelligence agency Austrac launched legal action accusing Westpac of more than 23 million breaches of anti-money laundering and counter-terror finance laws over more than $11 billion in transactions.

“The board accepts the gravity of the issues raised by Austrac,” Mr. Maxsted said. “As was appropriate, we sought feedback from all our stakeholders including shareholders and having done so it became clear that board and management changes were in the best interest of the bank.

Established in 1817, Westpac is Australia’s oldest bank and company, one of four major banking organizations in Australia and one of the largest banks in New Zealand. It provides a broad range of banking and financial services in these markets, including consumer, business and institutional banking and wealth management services. Westpac also has offices in key financial centers around the world including London, New York, Hong Kong and Singapore.

French multinational investment bank Societe Generale SA has launched the formal search for a successor to CEO Frederic Oudea, one of Europe’s longest-standing bank executives. The organization has called in Egon Zehnder to lead the assignment. The lender is looking internally beyond its three deputy CEOs and will consider external candidates as it prepares for its next leader. According to Bloomberg, the supervisory board wants to identify a replacement once Mr. Oudea’s term ends in about three years, though a candidate could be appointed before then, sources told the news service, asking not to be identified as the plans are private.

Sapphire Partners, a London-based executive search firm, assisted the Bank of England in the recruitment of Andrew Bailey as its new governor. Mr. Bailey will be the 121st governor in the bank’s 325-year history and the ninth to be appointed since its nationalization in 1946. The recruitment firm, which focuses on finding diverse talent, was the first agency ever hired to find someone for the governor role. Leading the assignment for Sapphire Partners was founder Kate Grussing, director Sally Springbett and associate director Caroline Turner.