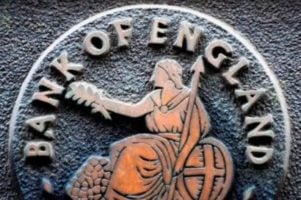 December 26, 2019 – Sapphire Partners, a London-based executive search firm, assisted the Bank of England in the recruitment of Andrew Bailey as its new governor. Mark Carney, who has held the position for six years, will step down at the end of January. Mr. Bailey will be the 121st Governor in the bank’s 325 year history and the 9th to be appointed since its nationalization in 1946.

The recruitment firm, which focuses on finding diverse talent, was the first agency ever hired to find someone for the governor role. Leading the assignment for Sapphire Partners was founder Kate Grussing, director Sally Springbett and associate director Caroline Turner. “The team at Sapphire Partners is immensely proud to have worked alongside HM Treasury on this exhaustive and rigorous search,” the firm said.

“When we launched this process, we said we were looking for a leader of international standing with expertise across monetary, economic and regulatory matters,” said chancellor Sajid Javid. “In Andrew Bailey that is who we have appointed. Andrew was the stand-out candidate in a competitive field. He is the right person to lead the bank as we forge a new future outside the EU and level-up opportunity across the country.”

Mr. Bailey, currently CEO of the Financial Conduct Authority (FCA), has held senior roles across all areas of monetary, financial and economic policy. He has led the FCA since July 2016, having previously held the role of deputy governor of the Bank of England for Prudential Regulation and CEO of the Prudential Regulation Authority. He has been a member of the bank’s financial policy committee since 2012.

Mr. Bailey led much of the bank’s work on bank resolution and supervision following the crisis of 2007/9 and has extensive international experience through his work with the Financial Stability Board, and the International Organization of Securities Commissions. Having joined the bank in 1985, he has held roles including as executive director for banking services and chief cashier, private secretary to the governor and head of the International Economic Analysis Division in Monetary Analysis.

“Andrew is widely and deeply respected for his leadership managing the financial crisis, developing the new regulatory frameworks, and supporting financial innovation to better serve U.K. households and businesses,” said Mr. Carney. “Over the years, I benefited greatly from his support and wise counsel. I wish Andrew and the bank continued success in their work to serve the people of the United Kingdom by maintaining monetary and financial stability.”

As the governor of the Bank of England Mr. Bailey chairs the bank’s three major policy committees – the Monetary Policy Committee, the Financial Policy Committee and the Prudential Regulation Committee. As such, the governor plays a central role in setting monetary, macro-prudential and micro-prudential policy, according to a government posting for the role. The individual also has senior responsibility for resolution policy and the supervision of financial market infrastructure. In addition, the governor has senior responsibilities for the bank’s culture, the production and integrity of the bank’s financial information, and the development of the business model and strategy.

Diversified Search Places CEO at Federal Reserve Bank of San Francisco
Diversified Search placed Mary Daly as the 13th CEO of the Federal Reserve Bank of San Francisco. Dale Jones, president and CEO, led the search with board practice head Veronica Biggins. Ms. Daly, who is openly gay, became the third woman among the 12 presidents of the Fed’s regional banks.

“It is a tremendous honor to be chosen as governor of the Bank of England and to have the opportunity to serve the people of the United Kingdom, particularly at such a critical time for the nation as we leave the European Union,” said Mr. Bailey. “The bank has a very important job and, as governor, I will continue the work that Mark Carney has done to ensure that it has the public interest at the heart of everything it does.”

Sapphire Partners, founded in 2005, works to promote and bring diverse professional talent to its clients. The firm’s expertise includes executive search, board appointments and consultancy. Sapphire Partners works across a number of sectors with a particular strength in financial and professional services on local, European and international searches. Its clients include: Grosvenor, the Royal Bank of Scotland, Good Energy, Credit Suisse, American Express, Microgen and McKinsey & Company, among others.

Ms. Turner has served as a research and organizational development consultant for over 20 years, for clients in private, public and non-profit sectors across a broad spectrum of industries, in the U.K. and wider Europe. She has led a range of executive development programs and has particular expertise in gender diversity and inter-cultural business.