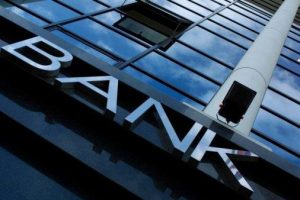 Mr. Chaney will be charged with turning around First NBC Bank, a post-Katrina, New Orleans banking success that fell on hard times after problems related to its extensive tax credit business surfaced.

According to sources, the problems for the bank stem from First NBC Bank’s tax credit business, which for years fed its growing profits. More recently, those tax credits have spurred questions from regulators about the bank’s capital levels, earnings and overall accounting practices. First NBC leaders are now weighing options for the future of the bank, including raising capital or a possible sale.

Mr. Chaney has more than 30 years of leadership experience in the banking and financial services sector with a proven track record of building high-performing businesses. He served in numerous roles at Hancock Holding Company during the course of a 17-year tenure, including as its CEO, president and director. During Mr. Chaney’s tenure as CEO from 2006 to 2014, Hancock significantly grew its assets from $6 billion to $21 billion, executed on a $50 million efficiency and process improvement initiative that achieved its results three quarters ahead of schedule and acquired New Orleans-based Whitney Bank in a $1.5 billion stock transaction.

“We are pleased to announce the addition of Carl as our next CEO, who has a proven track record and invaluable industry experience,” said Shivan Govindan, First NBC’s chairman of the board.  “We look forward to benefitting from Carl’s contributions and leveraging his expertise to strengthen First NBC’s operational foundation, maintain and grow our customer relationships and enter the next chapter in First NBC’s history.”

“I am honored to join First NBC, a company with a strong history and commitment to making a positive contribution to the local economy as one of Louisiana’s leading community banks,” said Mr. Chaney. “First NBC has taken significant steps over the last few months to enhance value and I look forward to continuing to take actions to best position the company for long-term success. I am excited to begin working with the rest of the talented team to further develop and execute our strategy and strengthen First NBC’s operational foundation.”

As previously announced, First NBC entered into a definitive agreement with Whitney Bank to sell approximately $1.3 billion in loans and nine First NBC Bank branches. The terms of the transaction will provide First NBC with an estimated premium of $44 million and total cash liquidity in excess of $200 million upon completion.

Chrisman & Company is an executive search firm established in 1980. It specializes in the financial services industry on a national scale with a particular emphasis on serving the community banking sector. The firm’s recruitment team has extensive experience and knowledge in financial services and has contributed with placements ranging from senior management to board of director level positions. Its clients include Northern Trust; Pacific Commerce Bank; New Resource Bank; Square 1 Bank; Foundation Bank; and Western Independent Bankers, among others.

“The C-level and director searches we are conducting in the banking sector are dealing more with succession initiatives than ‘fixit’ issues,” said Mr. Chrisman. “There are still compliance and risk executives needed but the primary need is for executives who can manage the challenges of banks going forward.” He said the post-election possibility of improvements, such as corporate tax rates and a modification of compliance aggressiveness as well as interest rate increases, could make the sector even more attractive in the long term.

Mr. Chrisman’s experience spans 36 years in the search profession with a prior 10 years spent in the financial services industry. Before founding Chrisman & Company, he served as senior vice president of a $2.5 billion bank holding company with functional responsibility for retail banking, human resources, marketing and general administration.

Check Out These Related Articles On Recruiting for the Banking Sector: