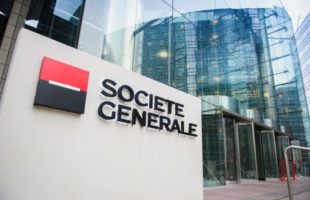 January 7, 2020 – Financial services organizations, generally, are facing a new competitive landscape, regulatory challenges and a constant struggle to manage cost and efficiency. Overseas, fold in Brexit and you have an environment growing in complexity by the day. Changing times require strategic leaders, both men and women, with a multidimensional skill-sets and competencies that often go beyond any typical job description. But there’s a big problem: In most countries, while women represent about half of the financial services industry, few of them reach leadership positions. That hinders a number of top searches right from the start.

Like all financial institutions, banks continue to turn to executive recruitment firms to find new leaders. The recruiters, in turn, have been working to expand their candidate slates to include large numbers of women. The push for diversity is on, they say, and with it new pressures to produce candidates from a multitude of backgrounds, ethnicities and genders to fill an ever expanding set of search assignments based on far more inclusive corporate agendas.

The latest search: French multinational investment bank Societe Generale SA has launched the formal search for a successor to CEO Frederic Oudea, one of Europe’s longest-standing bank executives. The organization has called in Egon Zehnder to lead the assignment.

The lender is looking internally beyond its three deputy CEOs and will consider external candidates as it prepares for its next leader. According to Bloomberg, the supervisory board wants to identify a replacement once Mr. Oudea’s term ends in about three years, though a candidate could be appointed before then, sources told the news service, asking not to be identified as the plans are private. Mr. Oudea is undertaking the bank’s biggest restructuring in years, cutting 1,600 jobs, slashing costs and paring risk after giving up mid-term targets for growth and profitability. He is looking to preserve the bank’s traditional leadership in businesses such as equity derivatives while strengthening capital and exiting or refocusing fixed-income activities.

The firm has recruited a number of leaders for banks, including placing Christos Megalou as CEO of Piraeus Bank. Mr. Megalou more than satisfied the organization’s requirement of having at least 10 years of experience in a senior role abroad. He spent 15 years in investment banking at Credit Suisse Group AG prior to joining Eurobank in 2013.

In October, HSBC retained Egon Zehnder to find a new CEO after the surprising firing of John Flint. Europe’s biggest bank, which has a market value of £127 billion, is understood to have appointed the search outfit after meeting with rivals Spencer Stuart and Russell Reynolds Associates. The board will consider internal as well as external candidates.

Sapphire Partners, a London-based executive search firm, assisted the Bank of England in the recruitment of Andrew Bailey as its new governor. Mr. Bailey will be the 121st governor in the bank’s 325-year history and the ninth to be appointed since its nationalization in 1946. The recruitment firm, which focuses on finding diverse talent, was the first agency ever hired to find someone for the governor role. Leading the assignment for Sapphire Partners was founder Kate Grussing, director Sally Springbett and associate director Caroline Turner.