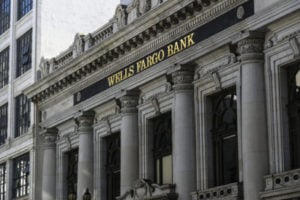 While many had expected a woman to take the helm at the banking giant, Mr. Scharf will take on the challenges of the organization’s tainted public image and regulatory issues, according to sources in the executive search industry and a report by Reuters. CEO Tim Sloan abruptly left the bank last month. He was the second leader to depart in the wake of ongoing scandal and miscues.

Mr. Sloan opted to step down because his presence was hurting the company, he said in a conference call after the announcement. “It has become apparent that the focus on me has become a distraction that impacts our ability to successfully move Wells Fargo forward,” he said.

In 2018, Wells Fargo said it would take “any appropriate action” following a wide-ranging investigation into gender bias at the bank after several female employees raised complaints about discrimination. The pledge followed allegations, first detailed in the Wall Street Journal, that Jay Welker, president of the firm’s private bank and wealth management head, said that women should be home taking care of children instead of working. Other bank-wide accusations have included women being passed over for jobs as well as bias that has kept any woman from rising to a senior managing director role, according to the Wall Street Journal.

“I am delighted to welcome Charlie as our new CEO,” said Betsy Duke, Wells Fargo’s board chair. “Charlie is a proven leader and an experienced CEO who has excelled at strategic leadership and execution and is well-positioned to lead Wells Fargo’s continued transformation.”

“With more than 24 years in leadership roles in the banking and payments industries, including as CEO of Visa Inc. and Bank of New York Mellon, Charlie has demonstrated a strong track record in initiating and leading change, driving results, strengthening operational risk and compliance, and innovating amid a rapidly evolving digital landscape,” she said. “Charlie’s financial and business acumen, integrity, passion for diversity and inclusion, and commitment to strong talent management are important qualities considered by our board’s search committee.”

Prior to his role at BNY Mellon, Mr. Scharf was CEO of Visa Inc. Before that, he was managing director of One Equity Partners, the private investment arm of JP Morgan Chase & Company. He also served as CEO of retail financial services at JP Morgan Chase and CEO of the retail division of Bank One Corp. Mr. Scharf has been CFO of Bank One Corp., CFO of the Global Corporate and Investment Bank division at Citigroup, and CFO of Salomon Smith Barney. In addition, he serves on the board of directors of Microsoft Corp.

“I want to thank our search committee for conducting a thorough process that was comprehensive in its diligence and reach,” said Ms. Duke. “The committee focused on top industry talent, and in Charlie, we are confident that we have identified the best leader to take Wells Fargo forward.”

Wells Fargo is a diversified, community-based financial services company with $1.9 trillion in assets. Founded in 1852 and headquartered in San Francisco, the company provides banking, investment and mortgage products and services, as well as consumer and commercial finance. It has 7,800 locations, more than 13,000 ATMs, internet and mobile banking, and offices in 37 countries and territories.

“I am honored and energized by the opportunity to assume leadership of this great institution, which is important to our financial system and in the midst of fundamental change,” said Mr. Scharf. “I have deep respect for all the work that has taken place to transform Wells Fargo, and I look forward to working closely with the board, members of the management team, and team members. I am committed to fully engaging with all of our stakeholders including regulators, customers, elected officials, investors and communities.”