Menu
View our Events
Stay Connected:
In an unusual pairing, Spencer Stuart and Bridge Partners were tapped to find a new leader for the Federal Reserve Bank of New York. In one of the top financial services leadership searches so far this year, San Francisco Fed president John Williams emerged as the ultimate choice, but not without criticism. Here’s the backstory. 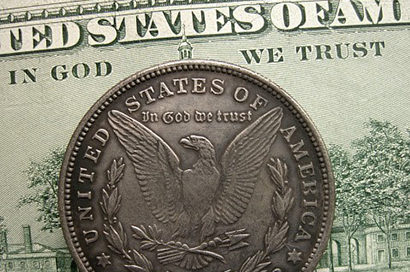 April 9, 2018 – The Federal Reserve Bank of New York, one of the most high-profile positions in the U.S. Federal Reserve System, has named John C. Williams as its new president and CEO. He replaces William C. Dudley, who is retiring in June. Recruitment firms Spencer Stuart and Bridge Partners led the assignment.

Heading the Spencer Stuart team were search consultants John Harpole, Thomas Daniels and Connie McCann. Bridge Partners, which was brought on to help find minority and women candidates, was represented by the firm’s co-founders and partners Tory Clarke and Larry Griffin.

Mr. Williams is currently the president and chief executive officer of the Federal Reserve Bank of San Francisco, a role he has held since 2011. In that job, he has focused on the development of the next generation of Federal Reserve leaders and is said to have fostered a culture of innovation, continuous learning, collaboration and mutual respect. He has been a champion of creating a diverse workforce as well as an inclusive culture at the San Francisco Fed. Prior to becoming president, Mr. Williams was the executive vice president and director of research at the San Francisco Fed.

Despite sharp criticism from some quarters, including Senator Elizabeth Warren of Massachusetts, that the Fed has again shut out minorities and women in favor of a white man, Mr. Williams won praise from the search committee. “John cares deeply and is committed to the dual mandate and has led extensive work on the U.S. labor markets and employment,” said Sara Horowitz, chair of the New York Fed’s board of directors, co-chair of the search committee and founder of the Freelancers Union.

“He has meaningfully engaged with and supported the diverse communities that make up the San Francisco Fed’s district, and understands the different economic realities of its vast geographies and demographics, which have extensive parallels to the Second District, including Puerto Rico. And, John has always been willing to speak his mind and encourage the Fed to be forward looking and reflective,” she added.

Glenn Hutchins, co-chair of the search committee and co-founder of North Island, a private equity group, said the search committee was much impressed by the field of candidates, and Mr. Williams in particular. “We were fortunate to have had an exceptional slate of candidates and are confident that John has the right experience and expertise to lead the New York Fed,” he said. “He has a decades-long track record of success in the Federal Reserve System – including in response to the financial crisis and recession – as well as many years of active participation on the FOMC (Federal Open Market Committee), all buttressed by profound knowledge of monetary policy.”

Denise Scott, a member of the search committee and EVP of the Local Initiatives Support Corp., said she was particularly taken by Mr. Williams’ commitment to community development and outreach. “Under his leadership, the San Francisco Fed is recognized as a center of excellence and innovation in building partnerships that help create economic opportunity for lower income Americans,” she said. “I’m confident he will bring his energy and passion for community development to the New York Fed and build on the great work already underway.”

Senator Warren, among others, was skeptical of the process and the choice of Mr. Williams over exceptional diverse candidates, urging the search-committee leaders and the appointee to explain themselves on Capitol Hill. “The Fed’s Board of Governors and the New York Fed should go out of their way to solicit and consider public input when selecting a new president who will have so much influence over interest rates and Wall Street supervision,” she said in a statement.

“Instead, they turned the process over to a handful of private individuals and ignored calls to choose one of many qualified alternatives who might have brought a new perspective. If the Fed wants to regain some of its credibility around this decision, it should have Mr. Williams and the co-chairs of the New York Fed search committee promptly testify before Congress.”

Financial services organizations, generally, are facing a new competitive landscape, regulatory challenges and a constant struggle to manage cost and efficiency. This requires strategic leaders with a multidimensional skill-set. Like all financial institutions, banks continue to turn to executive recruitment firms to find new leaders.

Here’s a sampling of some important searches that are either underway or recently completed taken from the Hunt Scanlon Media Archives:

Axis Bank Ltd., India’s third-largest private bank, has reappointed Shikha Sharma as managing director and chief executive officer for a period of three years starting June 2018. The bank had appointed Egon Zehnder as its consultant to identify the next CEO. But the bank clarified that this was to be a board-approved process and may not necessarily lead to management change.

Mr. Daniels is a member of the firm’s financial officer, financial services, private equity, board services and diversity practices. He has been involved in senior-level assignments for clients that include large multinationals, midcap, emerging growth, private equity and alternative asset management companies as well as organizations such as the Federal Reserve, International Accounting Standards Board and FINRA.

Bridge Partners, a boutique executive search firm, focuses on senior-level diversity recruiting. Its clients include major corporations, non-profits, public sector, and entrepreneurial organizations across the U.S. and globally. The firm’s search capabilities span a broad base of industries and functions, for organizations ranging from multinational corporations to the public sector and academia. Its clients include GE, TIAA-CREF, Colgate, YMCA, Novartis, Starbucks, Habitat for Humanity and others.

Ms. Clarke supports senior global search assignments for private sector, public sector and international non-profit/social venture clients, across all functions. A 20-year veteran of the executive search industry, she has recruited diverse executives, including CEO/presidents and their leadership teams, at both head office and regional locations around the globe.

Mr. Griffin partners with clients on leadership assignments within the private, federal/public and non-profit sectors. He has been in executive search for nearly 30 years and has recruited diverse leaders across multiple functions from CEO/executive directors/presidents, to functional heads including chief financial officer, chief marketing officer, chief information officer, chief strategy officer and their teams.