Menu
View our Events
Stay Connected:
FSU looks to return to a winning football program. DHR sports practice leader Glenn Sugiyama will lead the search for a coach who can lead the Seminoles back to their place among college football’s power elite. Let’s go inside one of the nation’s top sports recruiting assignments. 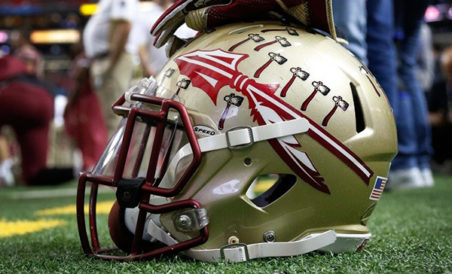 November 8, 2019 – Glenn Sugiyama, managing partner and global sports practice leader at DHR International, has been selected by Florida State University to assist in the search for a new head football coach. Florida State athletic director David Coburn made the decision to fire coach Willie Taggart last week after going 9-12 during his tenure with the team. Veteran assistant Odell Haggins is serving as the team’s interim head coach.

“There’s a lot of ways to measure what was happening with the team,” Mr. Coburn said. “I thought that at the beginning of the season we were making progress. Clemson was a disappointment and I just felt and the president felt since then we just have not looked very good.”

Former Florida State athletic director Stan Wilcox did not use a search firm when he hired Mr. Taggart two years ago.

“Florida State is one of the top 10 football programs in country and there is a tremendous amount of interest in the position,” said Mr. Sugiyama. “We are in the early stages of our process and we look to find the next leader of Seminole football within a month.”

When asked what he’s seeking in his next head coach, Mr. Coburn said: “We’re looking for somebody that can win national championships. I’m going to look at every option I can find. We’re going to win. We’re going to get back to the standard of Florida State University football.”

“We are confident that DHR will be a valuable partner in assisting us with identifying the candidates who best match our priorities for a head coach,” said Mr. Coburn. “Glenn is a highly-respected professional in the industry who will spearhead the effort for DHR. He shares our expectation that we will attract the coach to lead our program back among the nation’s elite.”

Florida State has won three national championships, 18 conference titles and six division titles along with a playoff appearance. The Seminoles have achieved three undefeated seasons, finished ranked in the top four of the AP poll for 14 straight years from 1987 through 2000 and completed 41 straight winning seasons from 1977 through 2017. The program has produced 219 All-Americans and 250 professional players.

“Using a search firm to find an AD or head coach brings many benefits to colleges, including speed, coordination and discretion in an industry where all three are vital,” said Mr. Sugiyama. “Search firms can provide many tangible and intangible items in a search process.” In addition to confidentiality, industry expertise, organization and detail, search firms can give an institution “a credible and professional third party” credibility while providing the institution “protection and plausible deniability,” he said.

Search firms also mitigate the risk involved “and allow the institution to make the very best hire with as much information and due diligence as possible,” said Mr. Sugiyami. “For a college to attempt to do an important athletic search on their own without the assistance of a search firm would be like them building a stadium without an architect or a contractor.”