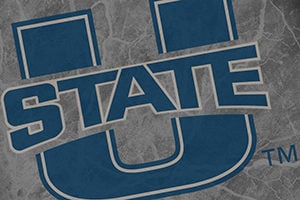 December 11, 2018 – As the college football season comes to a close for teams not competing in the postseason, expect to see a lot of firing and hiring activity involving coaches.

Schools are expected to continue to turn to search firms to fill the resulting vacancies.

“We welcome Gary and Stacey and their family back to the Utah State family,” said John Hartwell, director of athletics. “His care-factor for his players, coupled with his recruiting philosophy and plan to win, are keys to the continued success of Aggie football. His knowledge of the state of Utah and our program are unparalleled and we feel those attributes will greatly aid in the continued growth and success of Aggie football.”

Noelle Cockett, president of Utah State, also welcomed Mr. Andersen back. “Gary clearly knows football and the blueprint for success at Utah State,” she said. “He is dedicated to the success of his student-athletes in the classroom, on the field of play and in life after football. Gary’s energy and enthusiasm will benefit the football program, athletics department and University, and as importantly, the Aggie fanbase across Cache Valley and beyond.”

The Utah State Aggies compete in the Mountain West Conference of the Football Bowl Subdivision (FBS). The team, which began in 1892, has won 12 conference championships in four different conferences during its history, most recently in 2012. Utah State also turned to Mr. Sugiyama to find Craig Smith as head coach of the men’s basketball program in March.

“Using a search firm to find an AD or head coach brings many benefits to colleges, including speed, coordination and discretion in an industry where all three are vital,” said Mr. Sugiyama. “Search firms can provide many tangible and intangible items in a search process.” In addition to confidentiality, industry expertise, organization and detail, search firms can give an institution “a credible and professional third party” credibility while providing the institution “protection and plausible deniability,” he said.

“Search firms mitigate the risk involved and allow the institution to make the very best hire with as much information and due diligence as possible,” said Mr. Sugiyami. “For a college to attempt to do an important athletic search on their own without the assistance of a search firm would be like them building a stadium without an architect or a contractor.”