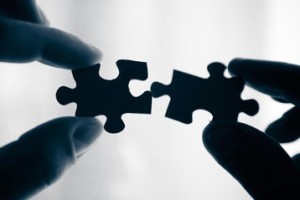 Leadership Capital Group has been a primarily North American and European business until 2010 when it opened its first Latin American office in Costa Rica.

Marc Lewis, Leadership Capital Group CEO, and Jason Hall, managing director for Latin America,  said in a joint statement: “When we decided to come to Latin America to build our first office in 2010, our strategy and vision was very simple: we needed to be our clients’ trusted advisors in the region, similar to what our United States and European teams have done. Now, with the Ackermann alliance, we can bring these same qualities to many more organizations in the region.”

“Our respective firms are similar in culture and vision for the LATAM region, we share a special passion for the business and our colleagues are entrepreneurial while process oriented,” said Sam Pimentel, president of the Ackermann Group.

Leadership Capital Group’s team and advisory board is global, including individuals in six states and 11 countries in the Americas, Europe and the Middle East & Africa. The firm has conducted search engagements in 40-plus countries and its associates have led more than 2,500 CEO, president, COO, CIO, CTO, CHRO, CMO, country manager and board of director searches and more than 1,000 SVP and VP-level searches.