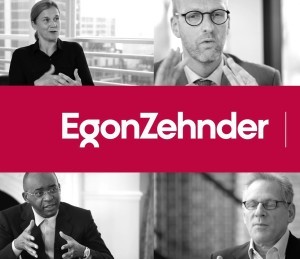 December 8, 2015 – Egon Zehnder has assisted Warren Resources in its appointment of James. A. Watt as president and chief executive officer. Lance Peterson has been serving as the company’s interim CEO. Past CEO Philip A. Epstein resigned from his position this past December to pursue other opportunities.

Most recently, Mr. Watt was president, CEO and director at Dune Energy Inc., which he joined in 2007. Previously, he was CEO of Remington Oil and Gas Corp., and also was Remington’s chairman until Helix Energy Solutions Group Inc. acquired the company in 2006. From August 2006 through March 2007, Mr. Watt was chairman and CEO of Maverick Oil & Gas. Currently, he is chairman of the board of directors at Bonanza Creek Energy Inc., and he also sits on the board of Helix.

“We are pleased to appoint Jim to the position of president and chief executive officer and to have him lead our management team as the company enters a new chapter,” said Dominick D’Alleva, board chairman. “The board believes that Warren has outstanding assets and a dedicated and effective employee base and, with Jim’s record of leadership, we believe he is the right person to guide the company through the current economy and take the company to the next level.”

Warren Resources is an independent energy company engaged in the acquisition, exploration, development and production of domestic oil and natural gas reserves. Warren’s activities are primarily focused on oil in the Wilmington field in the Los Angeles Basin in California, natural gas in the Marcellus Shale in Pennsylvania, and an undeveloped acreage position in the Washakie Basin of Wyoming.

Egon Zehnder specializes in the recruitment and leadership solutions business with more than 400 consultants operating from 41 countries. The firm’s CEO succession practice includes a team of consultants who bring a global best practices rigor to fulfilling top-level chief executive assignments.

Egon Zehnder has recently placed CEOs for the Western Bulldogs and Nordea. The firm is currently leading CEO searches for Adidas, Woolworths, and Standard Chartered Plc., among others.