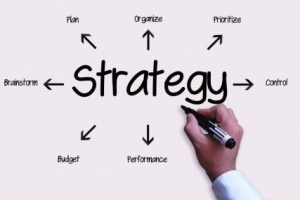 October 28, 2015 – Multinational law firm Slater and Gordan has retained Egon Zehnder to lead its search for a new chief financial officer. Wayne Brown has been CFO and company secretary since 2004 before the law firm became the first in the world to list on the stock exchange in 2007.

Mr. Brown faced a particularly challenging period following the law firm’s $1.3 billion acquisition of Quindell’s Professional Services division when short-sellers and regulators took a close look at the company’s books. On June 30, the company revealed a $90 million error over three years relating to cash receipts and payments as it confirmed reports in The Australian Financial Review that it was the subject of a probe by ASIC.

Slater and Gordan is a multinational law firm headquartered in Australia employing over 2,500 people worldwide. In 2007, it became the first law firm in the world to go public. The firm is Australia’s largest consumer law firm.

In recent months, Egon Zehnder has been active in Australia. In September, the firm was selected by supermarket/grocery store chain Woolworths to lead its search for a new chief executive. This past spring, Egon Zehnder placed David Stevenson as CEO of the Western Bulldogs. The Footscray Football Club, currently known as the Western Bulldogs, is an Australian rules football club that plays in the Australian Football League.

Cagla Bekbolet, based in London, leads Egon Zehnder’s global financial officers practice and is deeply involved in senior-level appointments in the finance function for international companies.

According to recent research, about one fifth of companies change their CFOs annually, and the market for financial officers talent has become increasingly competitive — with the best candidates often considering multiple opportunities at any one time. Tightening talent pipelines are edging up CFO pay packages, according to recruiters, making the hunt for CFOs one of the more lucrative areas of the headhunting business.

While choosing their next CFO, some companies are also seeking leadership diversity by tapping female finance chiefs. Some leading women CFO contenders, like Kathryn Mikells, newly recruited CFO to premium drinks business Diageo in London, are so in demand that multiple offers are a typical result. Egon Zehnder completed that search.