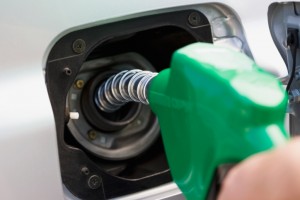 March 16, 2016 – Houston-based energy company, Cheniere Energy, has retained Spencer Stuart to lead its search for a chief executive officer. In December, Cheniere’s board voted to remove former CEO Charif Souki. The shake-up comes after activist investor Carl Icahn took a big stake in the company and won two board seats.

Cheniere’s board felt the company needed a more experienced leader as it nears completion of its Louisiana export facility. Neal A. Shear, a director, has become interim CEO while Spencer Stuart conducts the search. He, together with a special committee of the board of directors, will work with Cheniere’s executive team to facilitate an orderly leadership transition.

Cheniere’ board likely selected Spencer Stuart for its expertise in handling energy company search mandates. The firm’s practice in the sector dates back to the mid-1970s and is now run by Tom Simmons. It’s consultants have conducted hundreds of senior level executive and board director searches just like this one over the past three years, for companies ranging from multibillion-dollar corporations to venture capital-backed startups.

So, why is the business of finding leaders in the field not drying up for Spencer Stuart or for a host of other specialist recruiting firms parked in Houston, clearly ground zero for the current crisis slamming the sector?

It seems that some meltdowns can bring their own opportunities – and good fortune.

A number of energy specialist recruiters polled by Hunt Scanlon Media over the last several weeks said ‘economic uncertainty’ and ‘political volatility’ were having a significant impact on petroleum and natural gas companies, but new leadership requirements were surfacing as a result.

CEOs and other leaders with ‘diplomatic skills’ and ‘strategic orientation’ to steer companies through a deepening downturn that could last years are now being hunted down, as burned-out senior level executives step aside and look to transfer their skills to other industry sectors in need.

According to Steve Goodman, who leads the North American energy search practice for Egon Zehnder, it is during difficult times when leadership and innovation are most in demand. Downturns, he said, are all about finding the right balance between positioning to survive and positioning for coming growth.

“With the price of oil over $100 per barrel, the demand for leadership in upstream oil & gas and oil field services companies, is compelling. However, given oil’s current downward pricing pressure, the feverish demand within O&G and oil field services companies has diminished,” he said. “Of course, we continue to work on leadership and board transitions as top leadership today requires the ability to not only manage growth, but also navigate the cyclical storm.”

Mr. Goodman said his firm is spending considerable time helping boards in this sector think about how they can be more effective as a whole. “The muscles to stretch and challenge management can atrophy a bit in some boards during an era of industry growth,” he said. “In a market downturn, decisiveness and nimbleness in the boardroom are often valued more than consensus.”

As such, when a sector pull-back occurs or a crisis hits, a new workout regime can help to strengthen an organization’s outlook and its strategic plans. Mr. Goodman said, more broadly, he now sees growth in distributed power and downstream, which continues to fuel Zehnder’s growth in the field.

To the surprise of many, even in a downturn talent needs can persist. A recent report issued by ManpowerGroup, ‘Strategies to Fuel the Energy Workforce,’ found that 58 percent of energy executives said they struggle to find the talent they need; 74 percent believe the problem will worsen over the next five years.

The study found the talent shortage may, in fact, be slowing growth and expansion throughout the sector. By some estimates, there will be three million energy sector jobs by 2020. In the utilities subsector, where half of the workforce is already over the age of 40 – 100,000 net new jobs are projected. Many of the positions will require tech-savvy candidates to keep pace with future developments.

In response, a number of recruiting firms have been expanding their energy sector practices to fill critical roles for clients, right in Houston: