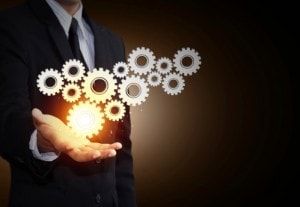 January 7, 2016 – Diversified Search has recruited Chris Rippee as president of Triple/S Dynamics. The search was led by managing director Lauren E. Smith. Triple/S Dynamics, headquartered in Dallas, is a manufacturer of equipment for the process industries, including the Slipstick Horizontal Motion Conveyor and the Texas Shaker Vibrating Screen. It is part of the KMC Global group of companies.

Mr. Rippee began his career as a design engineer and progressed up through management roles to his most recent position as vice president of operations at Catalyst Artificial Lift. He has an extensive background in operational and manufacturing optimization, including training and implementing Kaizen principles of Lean Manufacturing and 360 Process Improvement.

“Chris brings a broad range of talent to the table for Triple/S, and going forward, the future of the company, the employees, the equipment and the customers, will all benefit from Chris stepping into this position,” said Ned Thompson, chairman of KMC Global.

Diversified Search recently recruited Jyoti Chopra as a member of the North American diversity advisory board for Toyota Motor Corporation.

Check Out These Related Articles on Diversified Search: