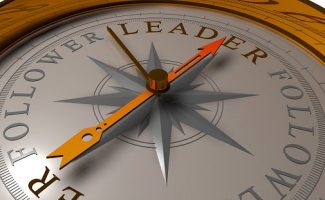 The search was led by Odgers U.S. vice chairman and director John Hawkins, who heads the firm’s U.S. life sciences practice and serves as a member of the search firm’s global board practice. In addition to recruiting Valeant’s new chief, Mr. Hawkins recruited Frederic Eshelman and Thomas W. Ross Sr. to the Valeant board of directors several weeks ago. Mr. Eshelman is a 35-year pharma veteran and founder & CEO of Pharmaceutical Product Development. He was founding chairman of drug developer Furiex Pharmaceuticals. Mr. Ross served until recently as president of the University of North Carolina.

Valeant is a multinational specialty pharmaceutical and medical device company that develops, manufactures and markets a broad range of prescription and non-prescription pharmaceutical products primarily in the areas of dermatology, gastrointestinal disorder, eye health, neurology and branded generics. The company has a current market cap in excess of $12 billion.

The appointment of Mr. Papa comes amid an onslaught of scrutiny into Valeant’s business practices and financial position that caused the stock to plummet more than 80 percent over the past year.

Mr. Papa was recruited to Valeant from Perrigo Company plc, a global healthcare supplier of over-the-counter and prescription pharmaceuticals, where he served as chairman and CEO. He has held management positions at DuPont Pharmaceuticals, Pharmacia Corporation, G.D. Searle & Company and Novartis AG.

While Mr. Papa is not known for his skills as a turnaround or restructuring expert, Wall Street analysts seemed to welcome his deep industry experience, which they say might help Valeant re-establish trust among insurers and pharmacy benefit managers who have been removing many of Valeant’s products from their lists of covered drugs.

In fact, according to Steve Potter, managing partner, U.S. operations, for Odgers Berndtson, Mr. Papa’s “seasoned pharmaceutical experience” covering more than 35 years in the industry, is a significant departure from the leadership of his predecessor — a former McKinsey & Co. consultant who was brought on board as chief executive eight years ago more for his entrepreneurial business building skills.

According to Mr. Potter, “Valeant was looking for an executive who was a strategic thinker and proven bottom line financial manager.” He also said the company at this stage in its life cycle needed “someone whose personal track record would enable the company to rebuild its brand and trust among internal and external stakeholders.” In Mr. Papa, Valeant seemed to get all three, plus one additional key trait, according to Mr. Potter: “His ability to recruit and retain leadership teams across the enterprise.”

“The board has conducted a thorough search process and believes that Joe is the ideal leader for Valeant at this time,” said Robert Ingram, chairman of the board of Valeant. “He has a strong shareholder orientation, a background in science, and an unmatched track record of accomplishments, highlighted by his ability to lead companies through times of transition and drive excellence across commercial, manufacturing and R&D platforms.”

More importantly, Mr. Ingram noted that Mr. Papa will help to “foster an ethical culture” and create opportunities for professional development as the company looks to address its legal troubles.

Running With the Big Boys

Farming out high level CEO assignments like this one to search firms other than well-branded, big five talent providers is happening with more regularity. What was once seen as unusual — smaller global recruitment providers penetrating the ranks of their much larger rivals — is, in fact, now commonplace. Why one of the more established search brands wasn’t chosen for such a coveted assignment as this one is anyone’s guess — though Odgers work with placing two board directors just weeks before the CEO search appeared on the radar certainly helped.

Odgers Berndtson, recently ranked No. 22 among Hunt Scanlon Media’s largest executive search firms based in the Americas, reported revenues of $11.4 million last year among 19 recruiters. By comparison, rival Egon Zehnder, recently retained by GlaxoSmithKline to lead its CEO search, ranks No. 4 on the same list and reported $261 million in regional fees among 118 consultants.

“To our knowledge, most of the top firms tried to get this search,” said Mr. Potter. “We believe they awarded the search to us because John Hawkins enjoyed a long-standing, trusted advisor relationship with several key members of the Valeant board and he happens to be one of the most accomplished life sciences search professionals in the world.”

Odgers also took advantage of its global network with this search. The assignment was driven by Mr. Hawkins, but in consultation with key members of the firm’s global practice and compensation expert John Sanders in Canada, who did some modeling work around compensation, said Mr. Potter.

“John and the team approached it as they always do, using deep industry knowledge and insights, good market intelligence, and solid referencing — not to mention enhancing the search with speed and great client care,” he added.

Combining 30-plus years of experience in board and executive level search consulting, executive management, and investment banking, Mr. Hawkins brought a unique mix of skills to the Valeant CEO search mandate, including experience in CEO succession planning, board assessment, corporate governance and, of course, basic recruiting skills.

His work includes CEO succession planning for Bristol-Myers Squibb; recruiting CEOs for healthcare company Elan and global pharmaceuticals giant Allergan; and placing the global head of pharmaceuticals for Novartis. Mr. Hawkins is approaching his 200th board search in life sciences. Outside of the life sciences sector, other Odgers searches include recruiting the CEO of Tetragon USA (a $17 billion dollar hedge fund) and the CEO of Lloyds of London.

Check Out These Related Articles On Top Search Assignments By Boutique Firms: