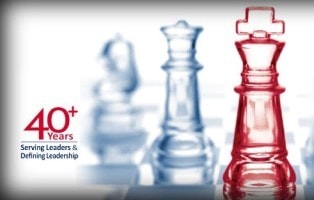 October 28, 2015 – Diversified Search has placed Angelica Ocampo as president and chief executive officer for the World Affairs Council of Pittsburgh.

The search was led by Diversified Search managing director Andrew Wheeler, practice leader of the firm’s education and not-for-profit practice. Steven Sokol, the council’s previous president and CEO, left earlier this year to become president and chief executive of the American Council on Germany in New York.

Currently, Ms. Ocampo is the executive director of Worldfund, an organization that helps train teachers in Brazil and Mexico. She will assume her role with the World Affairs Council of Pittsburgh on November 16th.

“Not only are we thrilled with Angelica taking the helm at the WAC, but what she brings to Pittsburgh is a critical perspective which is imperative if we are going to be a globally competitive city, attracting and retaining people who build and design the next iteration of our collective transformation,” said Audrey Russo, the Council’s chair, and president and CEO of the Pittsburgh Technology Council.

“Pittsburgh must be a place where global literacy is core in the suite of competencies of our graduating high school students. Angelica’s executive Leadership of Worldfund will add strength to the work of the World Affairs Council,” she added.

The World Affairs Council of Pittsburgh is the leading forum to ensure that the Pittsburgh region has a dynamic international presence. It plays a vital role in shaping Pittsburgh’s global identity and actively engages the successor generation concerning the relevance of global issues. The Council is a model for promoting international engagement across generations and sectors.

Over the past year, the firm has recruited CEOs for organizations such as international humanitarian agency CARE; Mechanics and Farmers Bank; Columbus Regional Health System; United Way of Greater Philadelphia; and the California Milk Advisory Board (CMAB).

The economic strength of the non-profit sector has been steadily increasing with an upswing in the economy; the sector is now the third largest employer in the U.S. Nearly two million non-profit organizations employ nearly 11 million people and produce revenue in excess of $1.9 trillion. Hiring talent, though, remains problematic within the industry. According to the Nonprofit HR’s Employment Practices Survey, 33 percent of respondents say that finding the right talent the biggest staffing challenge they face.