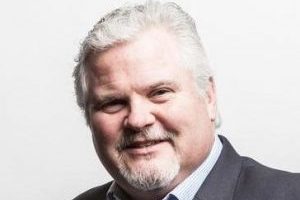 Mr. Brennan brings a wealth of experience built up over 20 years within the global executive recruitment market and more recently the broader recruitment process outsourcing (RPO) market. He also brings significant market and entrepreneurial experience to the firm.

Having started his first business at 27 with investor backing from Alexander Mann, Mr. Brennan was involved in its subsequent sale to private equity firm Advent International. He then went on to start a sister business in Hong Kong before returning to London as CEO of the combined Alexander Mann global executive search businesses. Having repositioned the business he led its sale to a U.K. Plc on behalf of Advent / Alexander Mann.

“The board and I are delighted with the appointment of Mike as group chief executive officer,” said Mr. Bentley. “He brings a wealth of experience with him and this appointment is a great start to an exciting period of expansion for the Norman Broadbent Group.”

Norman Broadbent is a human capital consulting firm which provides a broad range of people solutions. Its specialties include board and executive search, board assessment and leadership consulting, interim management, as well as coaching and mentoring services.

Headquartered in London, the firm operates through independently managed and separately branded businesses across a network of offices in Europe and America.

A number of other executive search firms have named new leaders in recent months, including: