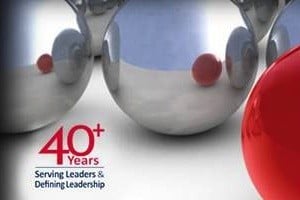 Mr. Stern has over 40 years of experience in executive search and was previously partner, corporate development at CTPartners. He was charged with broadening the geographic reach of the publicly-held search firm and identifying and staffing practice areas on a global basis. Mr. Stern began his recruiting career when he founded Stern Associates, a firm he led for 25 years. He later merged with Ward Howell, where he was head of the firm’s financial services practice. He then joined Sullivan & Company, which was later acquired by Heidrick & Struggles. During his stint with Heidrick, Mr. Stern specialized in conducting senior-level searches in the financial services sector.

“Drawing on his vast experience, Les analyzes needs in existing industry and functional practice areas, recruiting talent at the partner level,” said Judith M. von Seldeneck, Diversified founder and chairman. “As he has done in the past, Les will be instrumental in helping us attract talent and grow our practices and offices throughout the country.”

Mr. King, who becomes managing director in Diversified’s board of directors practice, was previously a vice chairman and member of the CEO and board practice at CTPartners, where he was responsible for board of director assignments and corporate governance consulting. He led CEO recruiting assignments, primarily for large public companies. He has successfully recruited over 600 directors for a number of leading companies, including Aetna, Campbell Soup, Deutsche Bank, Exxon-Mobil, Goodyear, Halliburton, International Paper, Lockheed-Martin, Nordstrom, Southern Company and United Technologies. Prior to joining CTPartners. Mr. King served as managing director of the CEO & board services practice at Korn Ferry.

“Chuck is particularly well known for his ability to identify and recruit diversity candidates for board service and he will be a major asset to Diversified as we continue to enhance and expand our board practice,” said Dale E. Jones, president and chief executive officer.