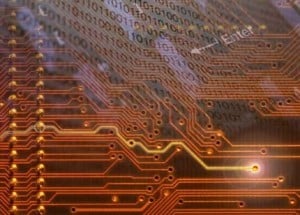 Mr. Keller, who becomes technology and telecommunications practice leader at Diversified, will divide his time between offices in New York and San Francisco. He brings a unique perspective to his work as a seasoned executive recruiter and advisor and former veteran business journalist. Previously, he was a vice chairman at CTPartners, global head of the firm’s technology, media and telecommunication practice, and a senior member of the firm’s board and CEO practice. Prior to that, Mr. Keller spent more than a dozen years in executive search, most notably as a senior partner at Spencer Stuart, where he helped build the firm’s technology and communications practices as well as its CEO, board, assessment and intelligence units. He specializes in providing strategic consultation to CEOs, CHROs and board leaders seeking transformation, growth and diversity for their businesses and boards.

Mr. Deschapelles, who is based in Diversified Search’s Miami office, was most recently a partner in the Miami office of CTPartners. Before that he was a consultant with Egon Zehnder. He offers clients a combination of executive search expertise with extensive business experience, having led enterprises in both growth and turnaround environments. Earlier in his career, he was with Lucent Technologies (now Alcatel-Lucent) where he held several leadership positions, including president of Lucent Central America, Venezuela, and Caribbean.

“John and Michel are exemplary recruiters and thought leaders in technology. They have a tremendous track record in recruiting high impact leaders who can transform organizations and deliver extraordinary results,” said Dale Jones, Diversified Search CEO.