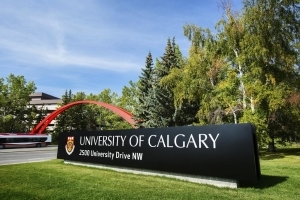 April 26, 2018 – DHR International has been tapped by the University of Calgary to lead its search for a new president. In January, Elizabeth Cannon told the school’s board of governors of her decision to step down at the end of the current calendar year. DHR recruiters Shahauna Siddiqui, Jennifer Biehn, Bryan Arthur and Monica Burton are leading the assignment.

“The Board of Governors is immediately launching a search for the next president, following the university’s presidential search and appointment policy,” said Gordon Ritchie, then-chair of the board. “We are fortunate to have almost a year to conduct a thorough and professional search. President Cannon has assured both the board and her leadership team that she is committed to ensuring a smooth and seamless transition. We will keep the community informed about the search over the coming weeks.”

Dr. Cannon, whose contract was to have expired in 2020, gave no explanation for her resignation. She was appointed president in 2010. Dr. Cannon earns about $897,000 in pay and benefits, according to the Star newspaper.

Alberta’s advanced education minister announced this month that the province is cutting back on salaries for the presidents of its colleges and universities. After 2020, the University of Calgary president can earn no more than $447,000 in base salary, according to the Star. The maximum compensation package will be about $536,000.

The University of Calgary was established in 1966, but its roots date back more than half a century earlier to the establishment of the Normal School in Calgary in 1905. The university offers 250 programs in post-secondary education awarding bachelor’s, master’s and doctorate degrees. Its enrollment is approximately 25,000 undergraduate and 5,000 graduate students with over 170,000 alumni in 152 countries.

“DHR brings the best of three important capabilities to our search process: extensive global reach; post-secondary recruiting experience; and deep, first-hand understanding of the culture, vision and aspirations of our university and our community,” said Jill Wyatt, the new chair of the University of Calgary’s board. “The firm has led searches for senior academic and executive positions in over 75 post-secondary institutions in North America alone, including Harvard Law School, Stanford University, the Kellogg School of Management, and the University of Alberta,” she said.

Ms. Siddiqui serves as a partner with DHR and has over a decade of experience leading a search practice with a vast network of highly educated and successful candidates. She previously served as co-founder of BluEra, which was acquired by DHR in 2016. Ms. Siddiqui has more than a decade of international executive search experience in industries including renewables, oil and gas, power, technology, retail, not-for-profit, education and financial services.

Ms. Biehn serves as partner in DHR’s sports, education and non-profit practice groups. Based in the firm’s Denver office, her portfolio of search experience includes C-suite and senior-level engagements for a variety of organizations, membership associations and foundations across the sports, entertainment, not-for-profit and higher education sectors. She has led efforts to recruit senior administrative leadership and professional school deans and vice chancellors, including engineering, business, research and the arts.

Mr. Arthur serves as the managing partner for Calgary, and Western Canada, and is a member of the firm’s industrial and advanced technology practice groups. His focus is the industrial, energy, agriculture and non-profit sectors.

Here’s a look at some firms that have placed new presidents at universities since the start of the year culled from the Hunt Scanlon Media archives.

William Funk & Associates, which specializes in searches for higher education, has placed Neeli Bendapudi as the 18th president of the University of Louisville. “Neeli Bendapudi is an excellent choice for Louisville because of her strategic vision, ability to connect with students, faculty, alumni and donors, and her demonstrated success in working with community, state […]”

The University of Charleston in West Virginia has named Martin S. Roth as its 26th president following a national search conducted by David Gring of recruiting firm Myers McRae. The selection of Dr. Roth followed an extensive search conducted over the past six months. A committee of 11 members of the UC campus community including trustees, alumni, students, faculty and staff managed the search process with the help of the …